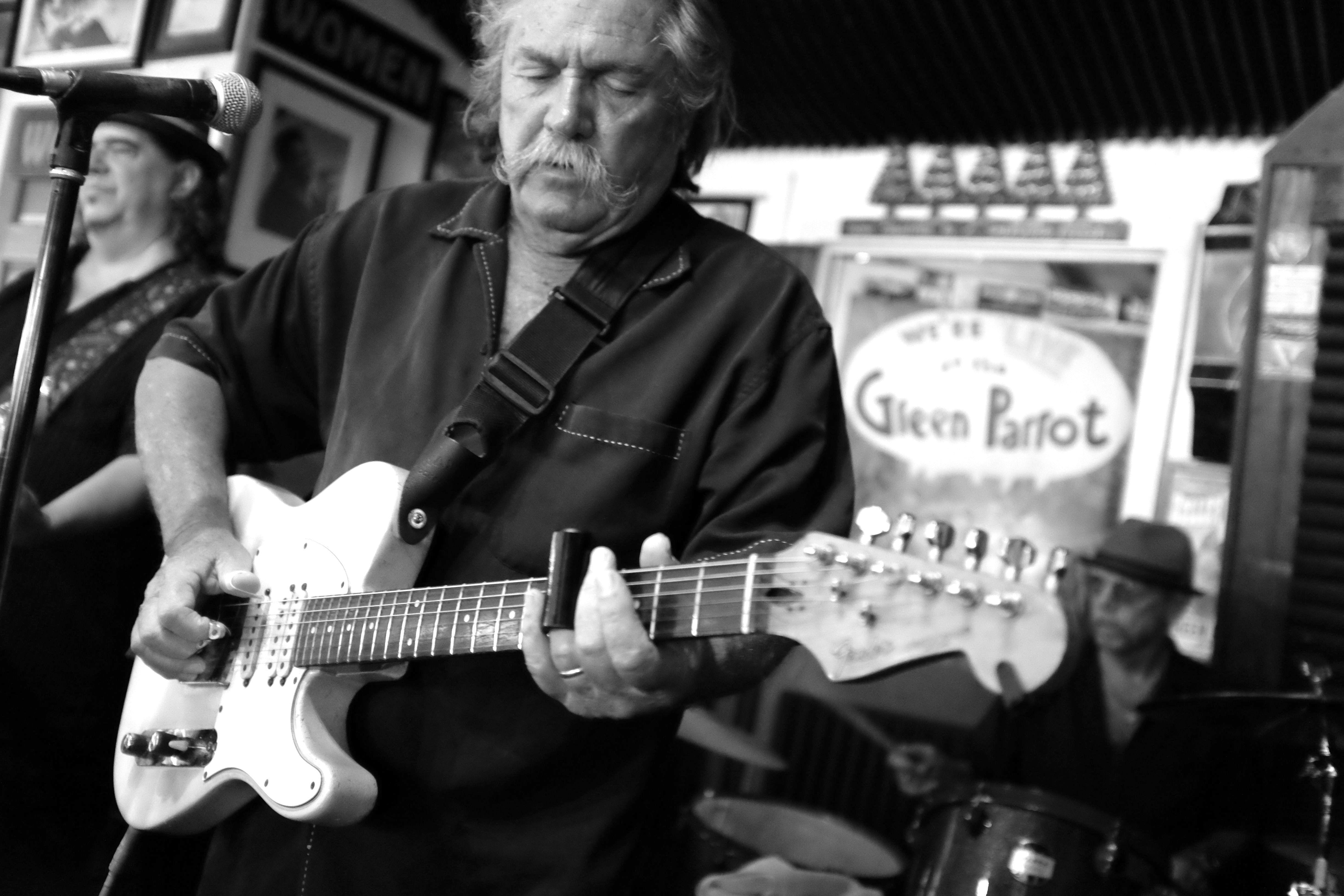 Bill Blue learned his chops playing for many years with Arthur (Big Boy) Crudup (author of Elvis’ hit “That’s Alright Mama”). He’s shared the stage with ZZ Top, The Allman Brothers, Albert King, Johnny Winter and Hank Williams Jr. He was signed to the prestigious Adelphi Record label, one of the best blues labels in the US. Adelphi’s international distribution offered Blue the opportunity to be heard around the world. After touring with his own ensemble, The Bill Blue Band, Bill  decided eighteen years on the road was enough. He moved to Key West in the early 1980s.