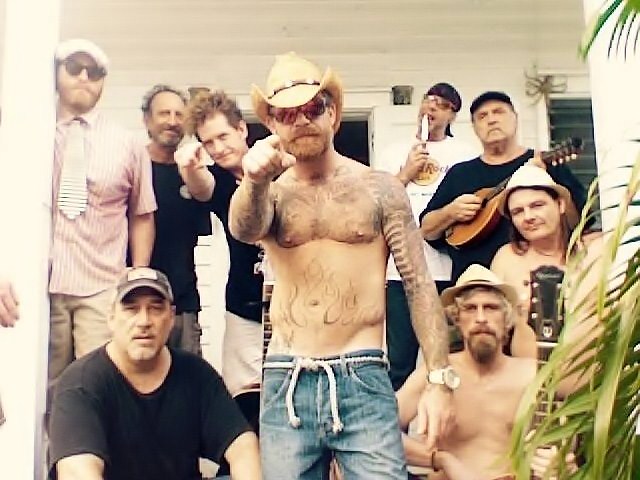 The Berserk Band was established in Cuba 2007 under the name “Cuban Bohemian Refugee Orchestra” during the Berserk-sailing expedition through the Northwest Passage.

“Berserk” met the US sailboat “FUBAR” and the music adventure begun with  the first tunes jammed into shape through many Caribbean sunsets and a whole lot of rum. The tunes later became singalong songs on deck, and the lyrics were added as the expedition went along.

Back in Norway, after successfully completing the arctic expedition, the Berserk Bastards was born. The songs have been recorded in different studios around the world with local heroes and bastards. Key West’s Stephen LaPierre produced the album, and arranged for them to come here for a couple of weeks.

Joining them will be some local musicians whose names you should recognize. Along with Stephen LaPierre, there will be Dave Hoffman on guitar, Steve Gibson on mandolin, and Rob Cook on drums.