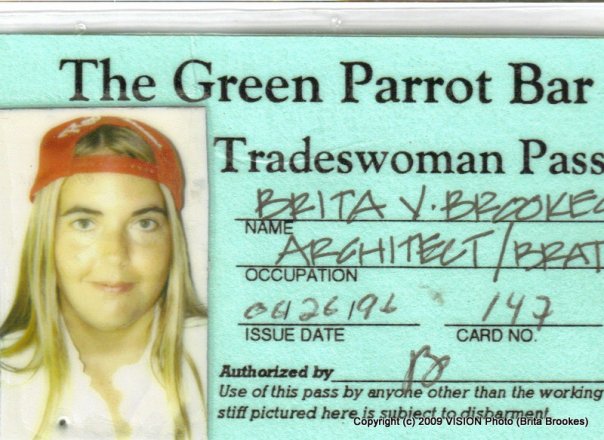 The Green Parrot will celebrate their 28th Annual Tradesman’s Appreciation Day on Friday, September 21st, beginning at 4 PM.
More than two decades ago, great American sculptor John Martini, whose Key West studio was just around the corner from The Green Parrot, would frequent The Parrot to quench his thirst after long, late-night sessions creating metal sculptures. He came, too, looking to recruit for his projects some of the able-bodied, often elusive skilled tradesmen known to take their afternoon breaks over frosty libations at the Parrot.
One of the things that came out of Martini’s search for skilled laborers was the creation and eventual installation, in 1994 of an 8-foot iron sculpture that still hangs in The Green Parrot entitled, Where’s Jimbo and the Other Giants of the Building Trade?.
Featuring abstract figures with a plumber’s wrench, a carpenter, electrician, female painter, and a roofer, it has, over time, recognizably become what the Parrot oft represents — a bar that has been “Keeping the Working Men and Women of Key West Lubricated Since 1890”.
On that installation day in March 1994, what began as just another Parrot party became the first Tradesman’s Appreciation Day—a day we dedicated specifically to the working men and women of Key West.
To mark the occasion, we issued laminated Tradesman and Tradeswoman Passes, complete with name, photo, occupation and authorization. Even visiting President Jimmy Carter got one. And rambling Key West tradesmen and tradeswomen began using the card as their photo ID!