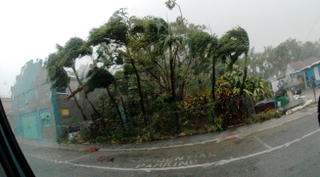 As a contrast and a testament to the unpredictable nature of tropical cyclones, we see the palms in John Martini’s garden being whipped about by Katrina’s winds, gusting to near 90 mph.Katrina, some remember, was a storm that was supposed to impact Ft. Lauderdale, then drag across the Everglades before emerging, greatly weakened, into the Gulf.
Instead, while we slept. it wobbled south a degree or so, raked the Keys, and this is what we woke up to…and realized, in the words of Paul Simon, that “..the weatherman lied…”. 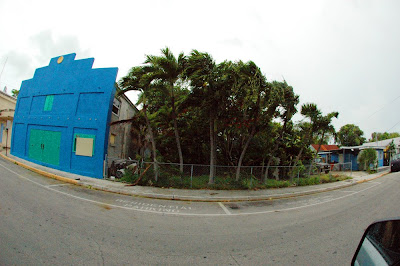 And Ike…click to enlarge photos.