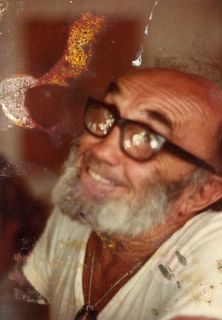 Heavy Duty…long time parrot customer… retired fisherman from Long Island…I say retired, but he still was active around the Key West fish houses and shrimp docks… a true gentleman in spite of his affilliation with the rough-and-tumble trade he chose.
He religiously made the rounds of the old town saloons in the early afternoons… he was missing more than one digit on both hands from being tangled in lines and winches fishing in New York, we joked that he was the only guy in the bar that needed to use both hands to order three beers….he later started a produce run to miami in the mid 70’s to supply a few restaurants with limes and tomatoes mostly. That became green parrot bartender Big jim’s route which became Big Jim’s South Side Produce next to the Parrot which begat Buco’s Southard Market next to the bar which begat Buco’s Waterfront Market…hey, thanks Heavy…you sure started something.