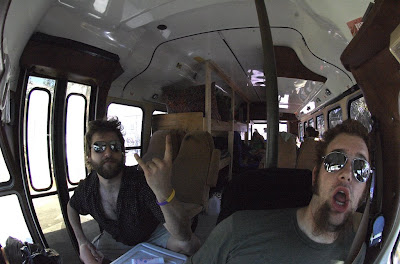 Johnny Sketch and The Dirty Notes, one of the hottest emerging bands on the fertile New Orleans music scene bring their special brand of NOLA funk to the Green Parrot with shows at 5:30 and 10 PM on Friday, December 31st, 5:30 and 10 PM on Saturday, January 1st,and 5:30 PM on Sunday, January 2nd.
. 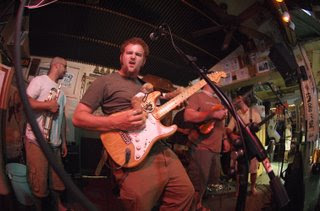 Be there for the 10 PM New Years Eve show, join your friends for a champagne toast and help these Sons of The Crescent City ring in the New Year and party into the wee hours as only they can,

David Fricke of Rolling Stone recently had this to say about Johnny
Sketch and The Dirty Notes: “The band’s Jazz Fest set was a
revelation…jam band bonhomie and Louisiana stroll spiced with
klezmer-style violin and funeral-parade horns…what you get if Phish
had been born at Tipitina’s and studied under George Clinton and Frank
Zappa late every night on the levee.”
The six-piece, classically trained Crescent City Funk/Rock band is
schooled in making the house ROCK! From a calm, funky groove to a full
blown frenzy at the drop of a hat. JSDN rocks the house, every time,
all the time. 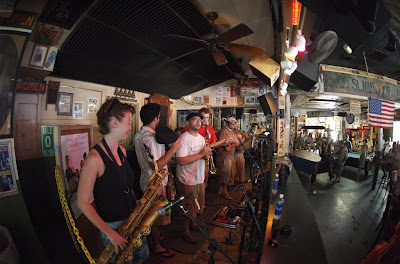 Since it’s inception in 2001, JohnnySketch & The Dirty Notes (JSDN)
has gained a loyal following in a competitive New Orleans music scene.
Most recently, JohnnySketch and the Dirty Notes won Offbeat
Magazine’s “Best of the Beat” award for best emerging band in the
Funk/R&B category. Their unique FUNK/ROCK style blends guitar, violin
and harmonica with a hard driving rhythm section reminiscent of the
Radiators’ swamp funk added to the punchy horns of Tower Of Power.
It did not take long for these young musicians to land slots in
most of New Orleans’ prominent live music clubs. On the strength of
those performances, JSDN was added to the roster of many notable
festivals and special events. JSDN’s debut album, Bandicoot
was voted by Offbeat Magazine as 2003 Best Rock Album by a Louisiana
Artist. This award was a flattering follow up to winning the 2002
Best of the Beat Award for Best Emerging Roots Rock Band. JSDN was
also voted Best Rock Band in 2003 for The Big Easy Entertainment
Awards.

In essence, JSDN is a classically trained tight unit.
All of the members studied music in college, but a night with JSDN is
very different than a night at the symphony. They combine the manic
energy of 1980s Fishbone with Deep South soul. It is this energy that
fuels the crowd into an enthusiastic frenzy, and the band has been
known to jump into that frenzy head first (sometimes literally).
The Green Parrot, your Southermost Center for NOLA Culture at the
corner of Southard and Whitehead Streets. For more information call
The Green Parrot at 294-6133.