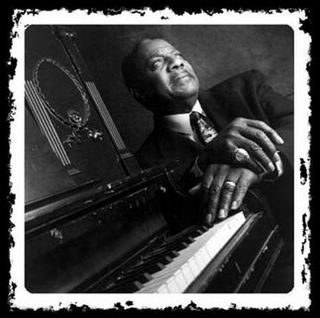 Johnnie Johnson was a blues and early rock ‘n roll pianist who played on many of Chuck Berry’s early hits and performed with Mr. Berry for more than 20 years. It has been said that it was Mr. Johnson’s bouncy and insistent piano chords that were the models for the Chuck Berry guitar riffs that later became Mr. Berry’s signature sound.
We were honored to have Mr. Johnson play at the Parrot for one night only when he came to Key West to visit George, one of our patrons and longtime friend of Johnson.
George called us and told us to have a band and a piano on stage at a certain time and he would take care of the rest. At the appointed hour George walked in with Mr. Johnson and what followed was three hours of seminal rock ‘n roll that that left those present, musicians and patrons alike, dumbfounded. I don’t believe anyone before or since has brought such musical gift, coupled with genuine affability, to the Parrot stage.
Thanks George, and Thanks Johnnie B. Goode.