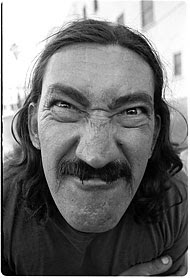 The morning paper brought news of the death of Jimmy Carl Black, who along with other former members of the Mothers of Invention Don Preston and Bunk Gardner, appearing as the Grandmothers graced the Parrot stage several years back and gave our patrons two nights of Vintage Zappa that will not be soon forgotten.
I remember people lined up in the wings next to the stage, waiting for the music to start, clutching sharpies and decades-old vinyl hoping to be signed.
A more specific and lasting memory of mine, perhaps more telling of their ouvre, is seeing two of those three former Mothers, I can’t recall which two, sitting in a Cuban coffee shop just off Duval very, very early the next morning after their first nights’ performance, with two locals, Parrot regulars, a mother and daughter pair who I recalled being front and center for the entire show night before.
Crowded into a tiny corner table that morning, smoking cigarettes, drinking cuban coffee and laughing this foursome looked like they were having absolutely no trouble keeping their party going. One can only guess what their evening had been like, and, now, all looking quite simpatico, upon seeing me they all looked up and smiled broadly as we agreed, yes, what a great night it had been. 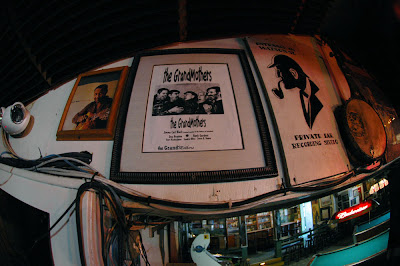 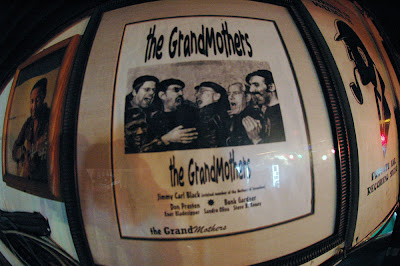 As a kind of a post script, on Saturday night I ran into bassist wayne hammond at the bar and his first comment to me was about the death of Jimmy Carl Black. He said that their perfromances here represented perhaps the best music he had ever heard at the Parrot. ” A night of straight Zappa at the parrot with a hundred people singing along” was how he phrased it I believe.

Jimmy Carl Black, the acerbic drummer of Frank Zappa’s mischievous and innovative rock band the Mothers of Invention, died on Saturday in Siegsdorf, Germany. He was 70.
The cause was cancer, according to a spokeswoman for Rykodisc, the company that releases Zappa’s music.
Mr. Black was a steady and serviceable drummer, but he is best known for two pranks on the Mothers of Invention’s 1968 album, “We’re Only in It for the Money.” He is the bearded, long-haired figure on the cover wearing a white dress and a Mona Lisa grin, and on the album’s first song, “Are You Hung Up?,” he delivered his half-mocking signature line: “Hi, boys and girls, I’m Jimmy Carl Black — I’m the Indian of the group.”

Born James Inkanish Jr. of Cheyenne ancestry in El Paso, he adopted his stepfather’s name. After playing in country and rock bands, he moved to Los Angeles in 1964 and formed the Soul Giants. Zappa joined that group as a guitarist and quickly persuaded the members to play his own songs. As the Mothers of Invention, the band was remade in Zappa’s eclectic vision, and it became a leading light of underground rock as much for its music as for its caustic satires of the earnestness and indulgence of the hippie era.

“He joined the band, and three days later he took it over,” Mr. Black once said of Zappa, who died in 1993.

Thereafter Mr. Black had an intermittent musical career, briefly performing with Captain Beefheart, another member of the Zappa circle. He performed and ran a house-painting business with the British singer Arthur Brown, another veteran of 1960s rock, and since the early 1980s Mr. Black also played with Don Preston, Bunk Gardner and other former members of the Mothers of Invention, appearing as the Grandmothers.

His survivors include his wife, Monika, and six children.