Jimbo Mathus: A Modern Case of Classic Blues
Jimbo was here last summer and his long-awaited three-day residency was shortened to a one-day-only affair when Hurricane Isaac threatened South Florida.
But Oh, what a a day, here’s what we wrote then:

“…it was …. three scorching sets that combined blistering rock and roll, gut-bucket juke joint delta blues, barroom-weepers that would have George Jones reaching for a Kleenex, Tex Mex two-steppers, and a version of “Who Do You Love” that had not been heard in Key West since George Thorogood duck-walked on top of the bar at Fitzgerald’s.
Soundcheck was a jaw-dropping medley that caused one of our more astute music fans to lean over and mention in an obvious reference to the impending weather, “This is the perfect band for this weekend, like a Cadillac driving off a cliff” 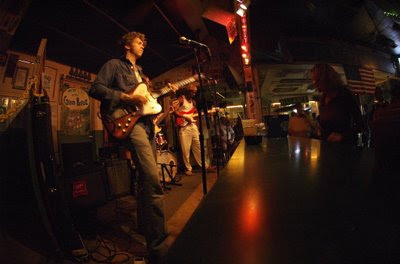 Jimbo Mathus’ Knockdown South performing for the Parrot’s first webcam show in March, 2006
If you’ve only known Jimbo Mathus for his work as the founder of The Squirrel Nut Zippers and their hyper-ragtime, early jazz and blues, you’re missing his best work. In place of the Zippers’ tight swing and hot jazz is a loose, woozy houseful of southern sounds that ricochets from swamp blues to hip-swerving soul; from honky-tonk weepers to rollicking, almost Allman Brothers-esque rockers.

In what may be called a modern case of classic blues, Mathus, a devoted fan of Jimmy Rodgers and Charlie Patton, takes the raw power of vintage delta sounds and gives it a completely contemporary and fresh lyrical direction and sensibility. To this sensibility to blues, add Mathus’ prowess as a musician.

Tri-State Coalition, drawing on gospel, R&B, and juke joint blues, brings to the stage a primal groove with feral lyrics. Mathus promises a “ritualistic workout that keeps the booty moving.”

He recently reteamed with Luther Dickinson and Alvin Youngblood Hart to create the South Memphis String Band, whose first release, Home Sweet Home, is nominated for a Blues Music Award (formerly known as the Handy Awards).

He also collaborated with Luther Dickinson and The Sons of Mudboy on Onward & Upward (2009), Grammy Awards nominated for Best Folk Performance in 2011; the album was the recipient of high praise from Rolling Stone magazine: 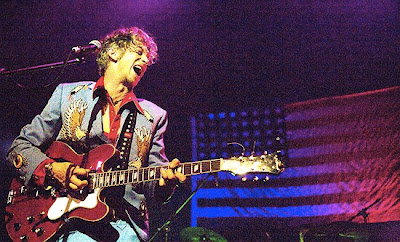 “Jimbo Mathus is a rising-star powerhouse that feeds the soul.

As Luther Dickinson would say, ‘If you don’t like this, there is seriously something wrong with you’.”