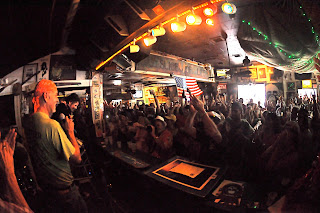 I’m not sure what I can say about Saturday’s event down on our corner that has not been noted already, either on Facebook, or by word of mouth on the street, or in Mandy Bolens’ column in the Sunday Citizen, where she seemed to suggest that there was an alternative for those people who spend an inordinate amount of time contributing to the Citizens Voice in order to whine, vent or complain about life on our island.
She seemed to suggest that hey, you shoulda been here yesterday to see a few things that are good about this island we call home. You shouda been here yesterday to remind yourselves what a special tribe we have created here, a tribe that is not afraid to wear their hearts on their sleeve when it comes to taking care of their own.
It was nothing new, this outpouring of generosity to those in need, we saw it a few months back for Rob O’Neal, just as we saw it for Mick the drummer 15 years ago when his doctors bills were piling up also and every musician in town packed the Parrot to show everybody just how we do it here.
Well, here they were again, the vendors, the musicians, the artists, the bartenders, the waiters, the cops, the city workers, city commissioners and the mayor,  oh and yes, even the tourists, people who when walking by inquired just what was this all about and before long were walking around with freshly purchased boas of raffle tickets around their necks asking things  like, “Which one is the Dude again?”, or “does that singer Robert Albury really live here, he gives me goosebumps”.  And you know what it didn’t matter if those tourists were day-trippers from Miami,  cruise ship folks shuffling on their way to the Hemingway House, or some well-heeled snowbirds from Truman Annex. It didn’t matter a whit who they were, tourist or local, street-busker or professional, young or old, or perhaps those who could not make it but were there in spirit.
For a few hours on the corner of Franklin and Einstein it was obvious who was really going to benefit from this, it was clear the beneficiaries were not just Tim and Dude, the real benefit, the real payoff, went home inside each and every one of those folks that showed up Saturday. 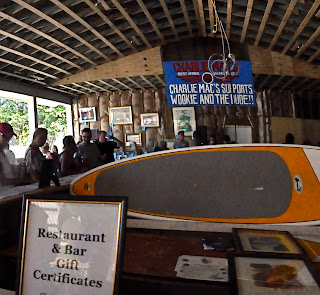 Charlie Mac’s, the new bar/BBQ restaurant poised to open next door to The Parrot immediately offered their bar for the day to accommodate the hundreds of items that poured by local businesses to raise money for Tim and Dude

Peter says, Holy Shit, I don’t know what to say 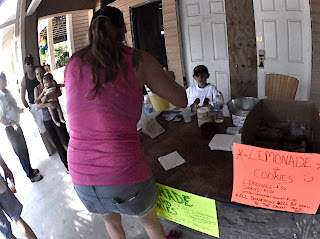