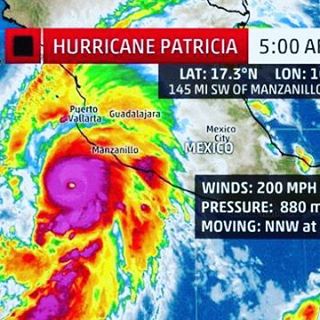 @greenparrot
As one who has spent time on Mexico’s Pacific coast, specifically San Blas, Nayarit, we at The Green Parrot and I’m sure all of us in Key West are thankful that damages and injuries from Hurricane Patricia reported so far have been minor to those corresponding to a hurricane of such magnitude.
In the coastal municipality of Cihuatlan, near where Patricia made landfall, Dr. Antonio Abad delivered two babies at the small hospital during the storm, a boy Friday night and, at 5 a.m. Saturday, a girl whose parents refused to name Patricia. “The parents were asked about naming her after the storm but they said they had gone through too much trouble with Patricia already,” Abad said.
#greenparrotbar #huricanepatricia #keywest #huricanewilmaanniversary #anythingbutpatricia