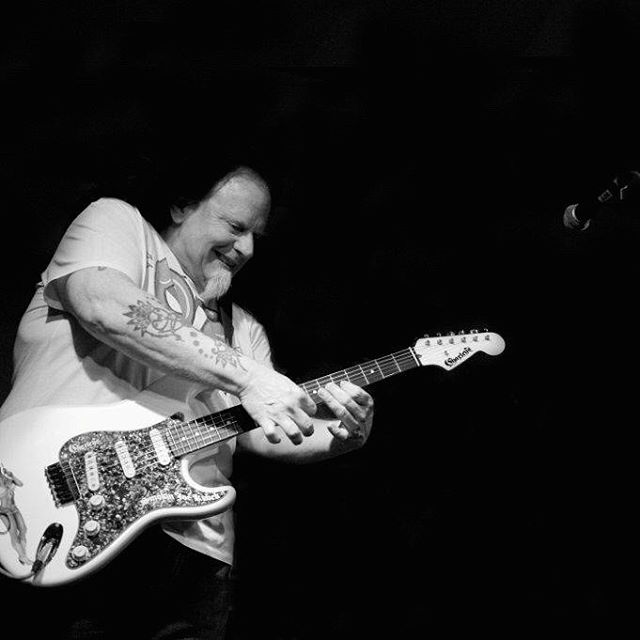 @greenparrot
We sadly report that Dallas-based blues guitarist Smokin’ Joe Kubek passed away shorty before he was to take to the stage at a North Carolina Blues festival last weekend. He was 58.
A legend within the Texan blues circuit, in 1980 he teamed up for a life-long partnership with Louisiana guitarist and vocalist Bnois King.and for decades, Joe Kubek and Bnois King defined the blues scene in Dallas-Ft Worth.
Kubek toured relentlessly, including riveting Green Parrot gigs from the 90’s to 2011 that featured jaw-dropping sets that were virtual clinics in slide guitar.
Well known all over North America as well as Europe, no modern Dallas bluesman had Kubek’s cred, He was the link from Freddie King, “The Texas Cannonball” to the Vaughan Brothers. He played in Albert King’s band and was a good friend of both Stevie Ray Vaughan and B.B. King. His first record, Driving Sideways, was written by Freddie King. He released 18 albums from 1991 to 2015.
But as well as being a torch-bearer for a long, distinguished line of Texas guitar-slingers, Joe will be most remembered by those who knew him as a kind, gentle man, as low-key and humble off-stage as he was spirited and smoldering when he hit the boards.
When I accidentally double-booked Joe and Shanna Morrison (Van’s daughter) on a Friday night, Joe was the first to give up his dibs on the band house and we wound up at my house with my son on the couch and Smoking Joe and his wife in my son’s room. (From then on Smoking’ Joe was always referred to, respectfully, as Snorin’ Joe around our house.) Weeks later, he called from the road to again thank my family for our hospitality. That’s the kind of hairpin he was.
#greenparrotbar #smokinjoekubek #texasblues ##axeman #blues #axemangler