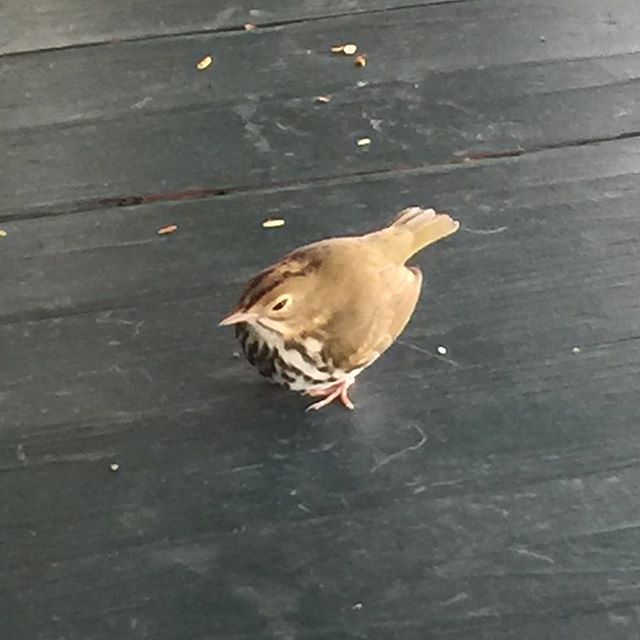 @greenparrot
This tiny bird, sitting on the porch of our package goods store Sunday morning, as high winds and squalls were about, was identified by our good friend, patron, and birder Mark Hedden as “an Ovenbird. It’s in the warbler family. It’s migrating”, I described it to Mark as looking confused but he disappeared shortly after my query, (the bird, not Mark), and I think now, rather than confused, he was just catching his breath, and barely, just barely, considering what he had been through, was just tolerating me trying to photograph him as I appeared to be getting on his last nerve.. (Just as an aside, just being called an Ovenbird has got to put you on the defensive right out out of the nest, I would guess.) #greenparrotbar #greenparrotpackagegoodsandspirits #ovenbird #warbler #birders