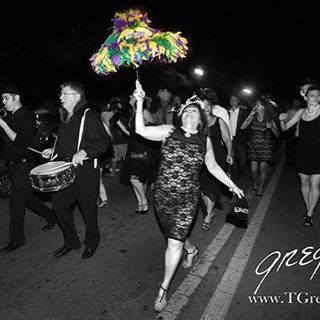 Combining the joyous sounds of traditional New Orleans jazz with the adventurous funk of Parliament, Waterseed, a big, bold ensemble from New Orleans brings their unpredictable experimental edge to the Parrot stage with shows at 6 and 10 p.m.on Friday, September 4th, at 10 p.m on Saturday, September 5th and 6 p.m. on Sunday, September 6th.

As as special addition to this year’s Brewfest event, at 8 p.m. on Saturday, September 5th, a Second Line March led by the New Orleans band Waterseed will leave South Beach at end of the Brewfest Signature Tasting Festival. Get your dancing shoes on to march your way from the end of the festival at South Beach, down Duval Street, to the Green Parrot. Keep the night alive with the live brass band leading us to the next party! Photo credit Tony Gregory #greenparrotbar #waterseed #keywestbrewfest #nolafunk #secondline #secondlineumbrellas #tonygregory #tonygregoryphotograohy