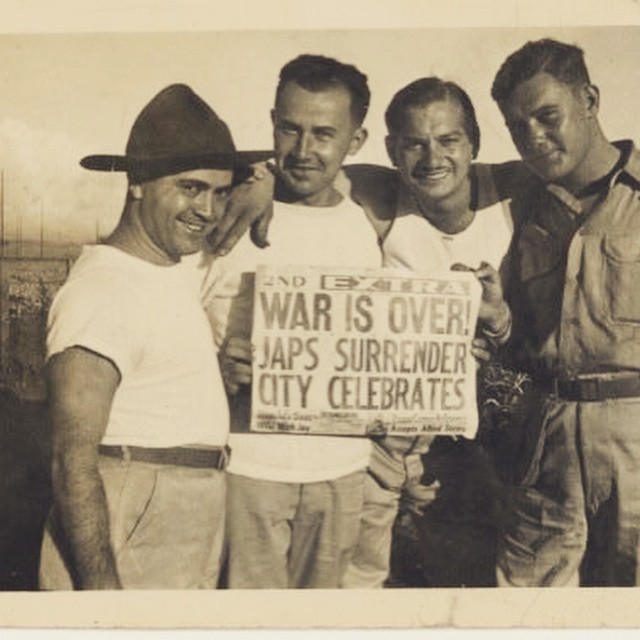 @greenparrot
This being Memorial Day thought I would share this photo.

I’m picturing Al now, sitting with his headphones on, in a tiny, steamy radio shack in the middle of a vast pineapple field on the westernmost tip of the Hawaiian island of Oahu on that August day in 1945, the day the Japanese surrendered.

Al was the radioman on duty who received the first encoded message announcing the Japanese surrender. He then passed the message on to San Francisco to be forwarded to Washington, D.C. After passing the message on, Al tore off the piece of tape containing the historic bit of code and that historic spool of tape sits in a tiny box in a drawer in brother’s house today.

In fading ink, he caption on the back of the photo reads, “Now what do you think we are so sad about.
“Presenting myself, Mariani, Gould and Alabama Davis saying hello you all” #greenparrotbar #memorialday #savefamilyphotos