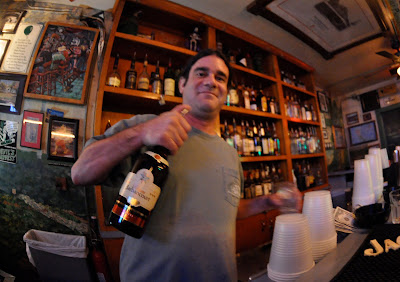 Here’s our Kenny as he prepares yet another cocktail with Barbancourt Rum.

It was Kenny’s idea to figure a way to use the Haitian-produced rum to generate funds for the Haitian relief effort so we decided, simply enough, that  the proceeds for every Barbancourt we pour will become  a donation to Paul Farmer’s Partners in Health.
Stepping up to the bar and ordering a Barbancourt shouldn’t be too much of a hard sell for Parrot patrons.
Double distilled, and using a process similar to that used to produce cognac, Barbancourt rums are regarded as some of the finest in the world. 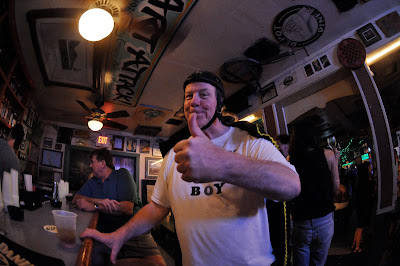 Stock Island Boy signals his approval to both the concept and the cocktail. 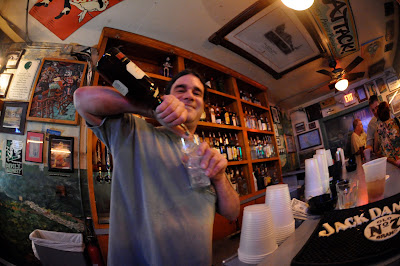 Kenny’s got one waiting for you. 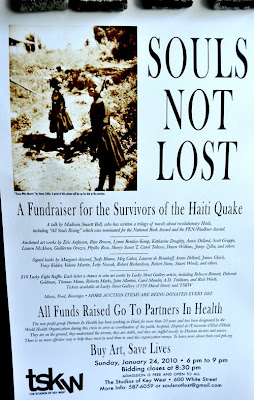 And also, BUY ART, SAVE LIVES.

It’s still no too late to buy a raffle ticket to win a major piece of art from one of eight artists at The Lucky Street Gallery, including john Martini and Roberta Marks, who are donating major pieces to aid the relief effort. The drawing will be held tonight (Sunday, Jan. 24th) at 9 PM at the Studios of Key West and tickets can be purchased at,  among other places,  The Green Parrot or The Lucky Street Gallery.