When the Royal Navy Frigate HMS Lancaster made an unannounced call to Key West  Monday due to  mechanical problems scores of royal sailors hit the streets and the first bar many of them happened on was the Green Parrot and, timing being everything,  they arrived just in time to hear Jack Hackett, pictured below, deliver his poem-a-day,  today’s being The History of Sewage in North America. 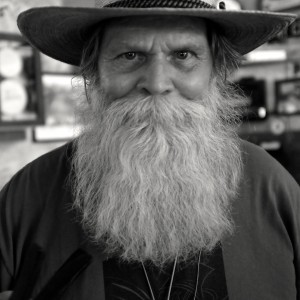 Since it is National Poetry Month, we have typically invited patrons to follow Jack onstage and  share a poem of their choosing, and so it was that a Royal Seaman named Buster accepted our invitation and delivered,  earnestly and extemporaneously, to the rapt, riveted audience of his shipmates pictured below,  a charming bit of verse, the subject of which was, predictably, the sea. 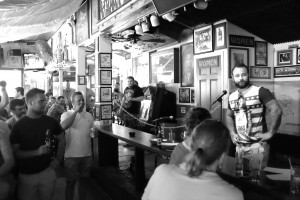 To this crowd, on this day, Coleridge had nothing on Buster. 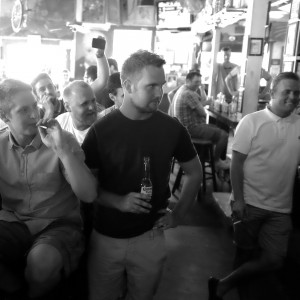