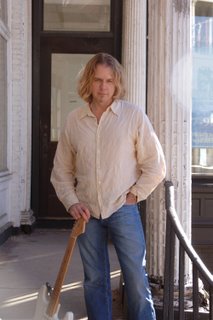 Blues/Rock Guitar Virtuoso at The Green Parrot
“Jimi Henrix Scholar”
Blues/rock guitar phenomenon Julien Kasper will appear at the Green Parrot Bar for one night only on Thursday, March 23rd beginning at 10 o’clock.
South Florida Blues fans may remember Kasper as a member of Florida’s legendary swamp/blues band Iko Iko. Others may have heard of him as the only associate professor of guitar at Boston’s prestigious Berklee College of Music, or anywhere, for that matter, to offer courses on Jimi Hendrix and Jeff Beck. A recognized authority on the playing of these two masters and described by Guitar Player magazine as a “guitarist’s guitarist” with “a stunning virtuosity” he has used his perennially popular Jimi Hendrix and Jeff Beck performance labs at Berklee to advance rock, jazz and blues techniques and now he
brings this improvisational spirit on the road and more specifically to culture-hungry patrons at The Green Parrot.
The Green Parrot is your Southermost Center for Blues Culture at the corner of Southard and Whitehead Streets. For more information call The Green Parrot at 294-6133.