At first glance, Hendrick’s, a small-batch, hand-crafted gin produced in Scotland, with a kind of a “wonky bottle”, as Jim described it, looks like it would be more at home on an apothecary shelf than a bar rail. And it just gets weirder from there. Enjoying a sort of cult status in this country, Hendrick’s has chosen delicate infusions of cucumber and rose petals rather than heavily-scented botanicals to build a following. 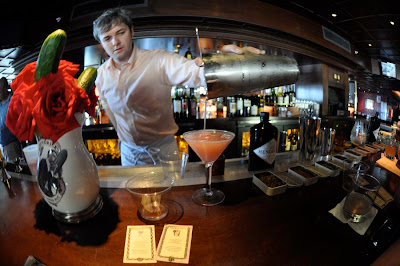 Jim Ryan, Hendrick’s Gin Brand Ambassador, at the invitation of Premier Beverage and the relentless nudging of Embury Cocktails editor and Key West native Jason Rowan, hosts a Hendrick’s Gin Tasting for Hendrick’s devotees in Key West. (edit – vicki: At the beautiful Strip House Restaurant at the Reach Resort. Many thanks to their great staff.) 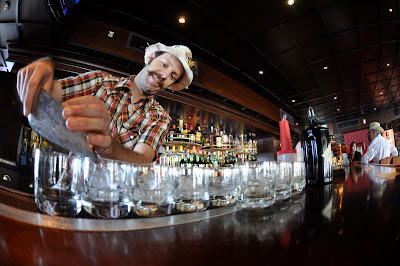 Jason’s brother Ian steps behind the bar to assist. 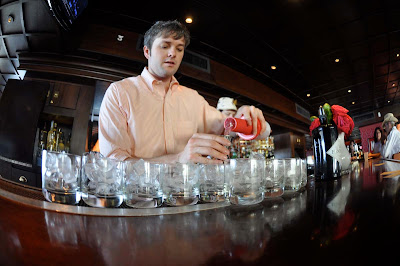 Jim Carefully measures, as opposed to free pouring, “it’s a a good thing”,  he assures us. I agree. 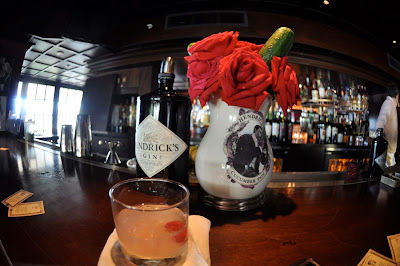 This was supposed to be a shot of my brimming, rasberry-garnished Floradora but I took a taste and, well, it was sooo good I had a hard time putting it down for it’s close-up unti, alas,l it was no longer in it’s pristine condition. 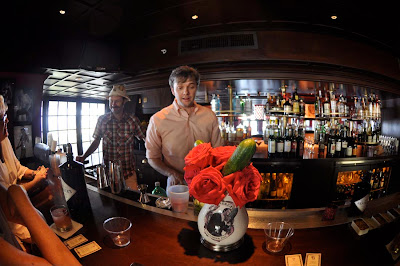 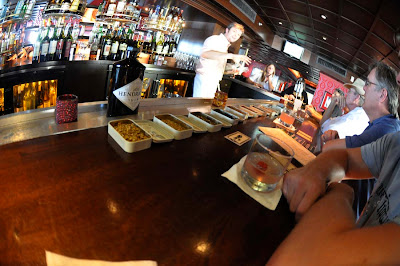 As Mr. Ryan described the narrative behind the Hendrick’s brand, he named the dozen or so botanicals, flowers and roots, seen here lined up in attractive tins on the bar, which make up the gin and explained that unlike other botanical heavy gins  the infusions do not overwhelm the base spirit. Which means you can add this gin into a cocktail and it will add to the flavor profile not become it. 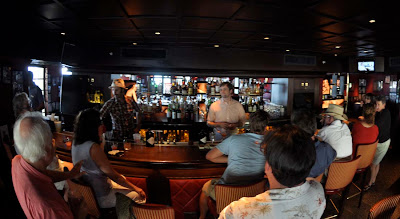 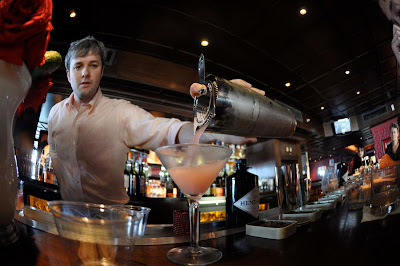 and serves it up for… 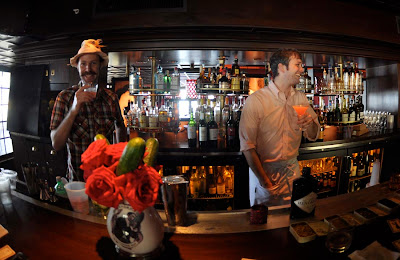 the two guys that worked the hardest to propose a toast.. 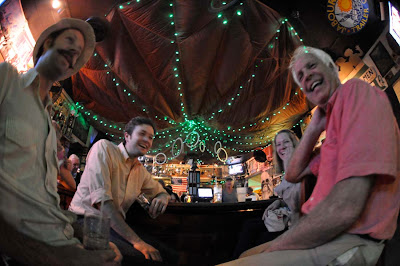 Then time for our own tasting session at The Green Parrot.