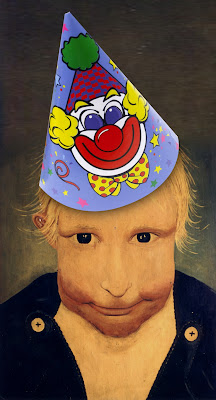 Monday, April 1st at 5 P.M. join with well-wishers from near and far, past and present, to wish Green Parrot Icon “Smirk” a happy and healthy 38th Birthday.

They grow up so fast.

Yes it’s been thirty eight years since since that enigmatic countenance, that sphinx-like kisser, appeared on the plywood shutter on the Southard Street facade of The Green Parrot.

Facing the barroom when the Parrot is open and facing the street when we are closed, Smirk, has, as we say, “Seen it All”.

Inspired by an image from a National Geographic magazine, in the then-owners’ effort to dress the place up, Smirk leapt from the pallete of artist and former Green Parrot bartender Saul Paul Stewart in 1975 when amazingly, the only other things resembling art that adorned the Parrot’s walls was a rather grisly knock-off of the famous Karsh Hemingway portrait, also by Stewart, and an equally disturbing snow shovel with several bullet holes in it.

To celebrate the occasion a long-awaited new edition of the Smirk T-shirt will be for sale along with Smirk Masks for what promises to be a most unusual, if not bizarre, group photo.

The Green Parrot is your Southernmost Center for Culture of All Kinds on the corner
of Franklin and Einstein. For more information call
294-6133. 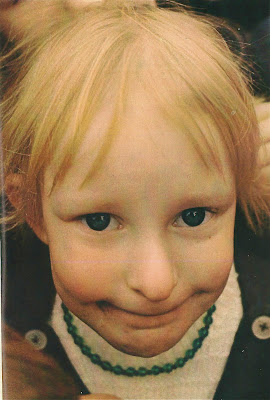 The Smirk Saul Paul saw in that National Geographic 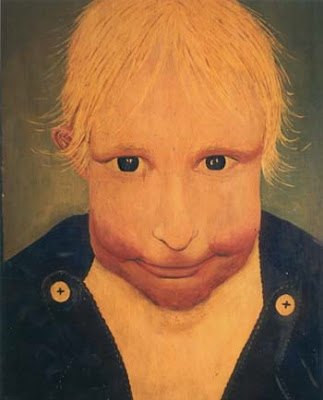 The Smirk We See Today 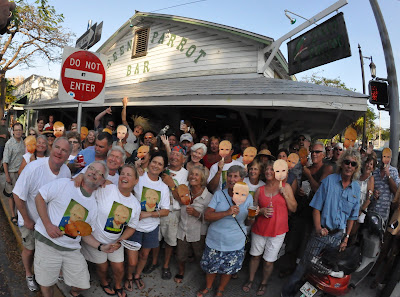