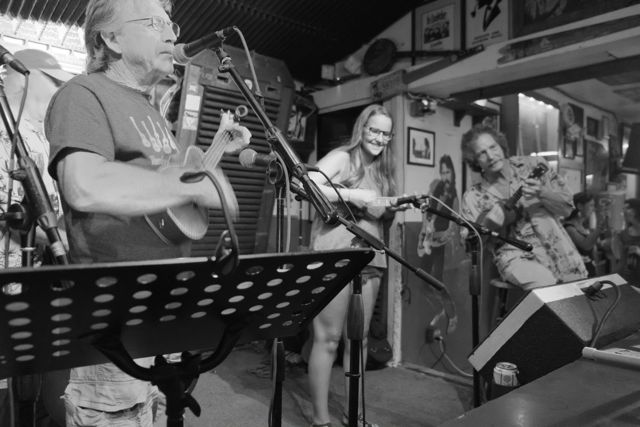 The first example was a spontaneous affair that started with a tropical summer shower.  Early Thursday evening, a family visiting from London was caught in a brief shower and took shelter in our bar. While waiting out the rain event, Hanna, the daughter, noticed a flyer for tonight’s Ukulele meet-up. Hanna, a uke player herself, had fortuitously, packed her uke for the trip, so the whole family made a plan to fetch the uke from the hotel and come back at 8.

Caught up in the fun of a Green Parrot night, and meeting all the regular player Hanna was convinced a few Parrot Uke Association members to get on stage and do a group strum of one of here favorite tune “Over TheRainbow”

The entire family had a wonderful evening, with dad Andy saying he had never been in a more inviting pub, and he added, I’ve been in a few!

The second was the request delivered via email by Kirk Chamberlain that he was a uke aficionado who who would be visiting Key West on the 20th and wanted to attend Uke night as part of his visited. He went on to say that the 20th was his birthday, his 64th to be exact and could he arrange a uke strum-along to The Beatles “When I’m 64” Arrangements were made, the song was played, and Kirk was beaming all night. 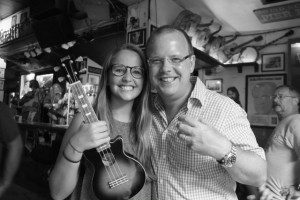 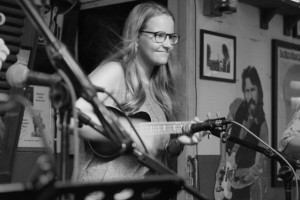 Hanna plays “Over the Rainbow at Ukulel Night 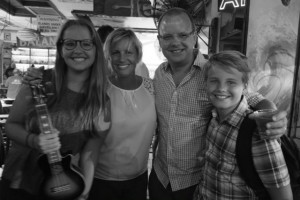 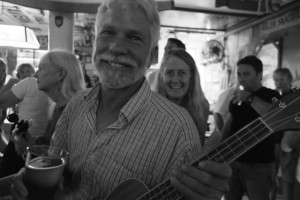