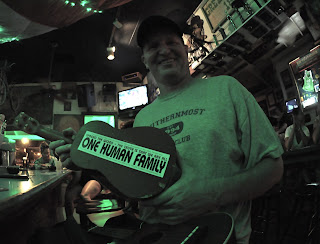 How About “One Ukin’ Family”?

The fourth monthly meeting of the Green Parrot Ukulele Association was, I believe, the best yet, although it would be hard to top the first meeting for shock value alone, when at least 25 uke enthusiasts showed up out of the blue to participate.

This month’s meeting brought out the core of players who have been here unfailingly each month plus a handful on newcomers. It seems like every month we add a few. This month the players, more seasoned and relaxed, really jelled and were able to pass that confidence and enthusiasm on the the newcomers and audience alike.
Much of the credit goes to co-hosts Jeff Clark, Tim McAlpine and Jay Gewin who come in at eight o’clock to do a ukulele workshop demonstrate chords, work on songs, help with tunings and just talk uke in general. 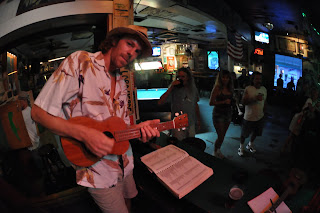 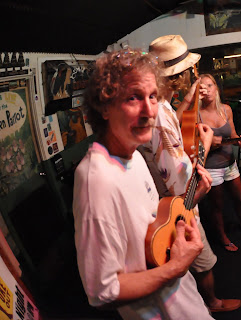 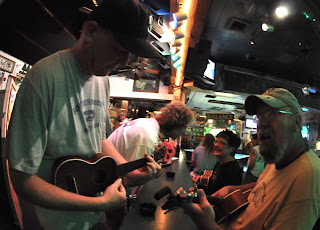 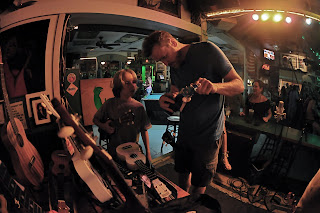 Here’s Bill Davis, from Dash Rip Rock, our first guest co-host giving young Eliot some tips on tuning at the workshop. Bill is from New Orleans, and one thing it seems all musicians from New Orleans seem to share is this feeling that it is their responsibility, their duty to share what they know with the next generation. We have seen this time and time again with musicians from that city and Bill was no exception. 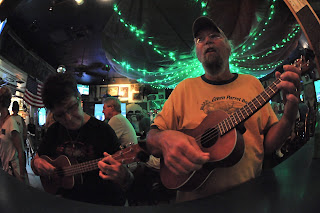 Kudos also to those who, like Charlie and Ron, have been there from the beginning and have shared their enthusiasm 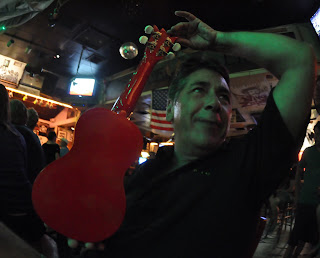 Will, another founding member of the association, has not missed a meeting, in spite of his rigorous work schedule. Here Will displays his new Candy Apple Red Gold Metal Flake Uke. Sadly we have just learned that Will may be in the early-onset stage of U.A.S. (Ukulele Acquisition Syndrome). Our hearts go out to Will and his family. 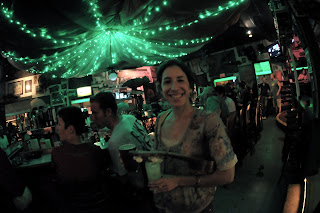 Here’s Ashley, another seminal member of our group. 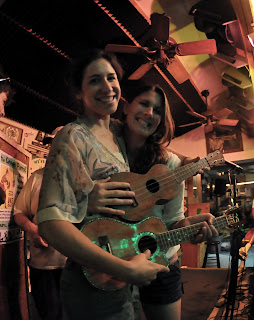 Ashley and Gretchen, who just lit up the first Meeting and showed us all what the possibilities of this thing were. 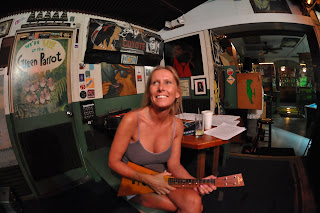 Alison has been here every week since the beginning with her Canadian strung, trapezoid shaped ukulele. 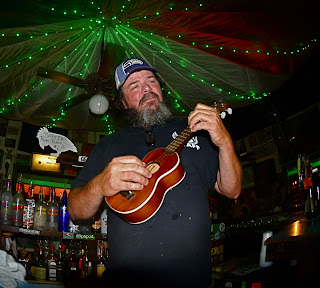 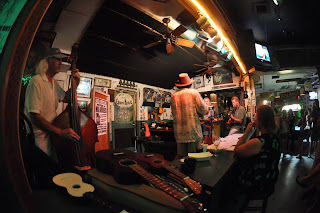 The only non-uke on stage this month was Tom’s dog-house bass which gave a nice bottom to everything. We hope Tom becomes a regular. 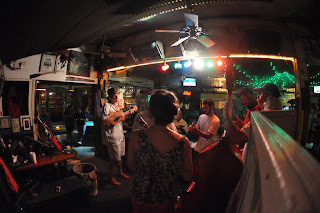 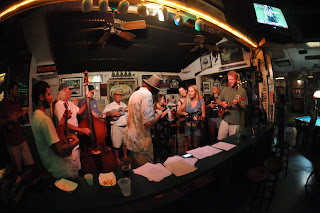 A great showing with lots of good vibes on stage 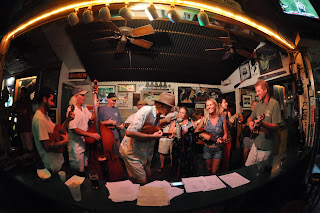 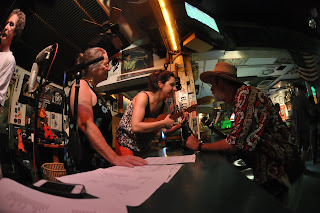 A little instruction from Ashley to Beau, not like he needs any. He could front a night of Uke all by himself. 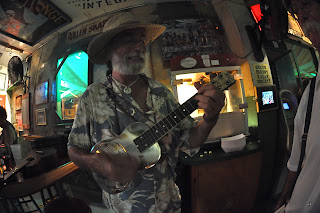 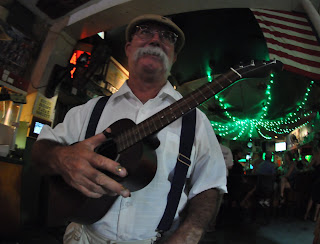 Gary Zimmerman, fingerpicks and all, with another handsome ukulele, a fender.
Gary would do this once a week if we’d let him. 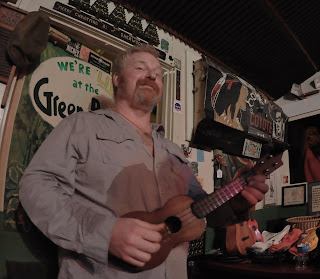 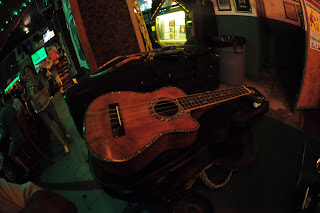 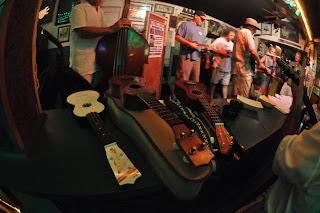 My three Ukes, a 1950’s Jimmy Durante plastic, the 1928 martin, and a contemporary Hawaaian 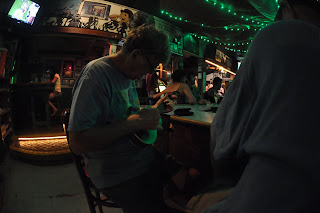 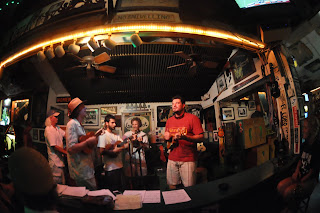 Ike, from Hawaii, a first time GPUA player shows how it should be done, relaxed and soulful 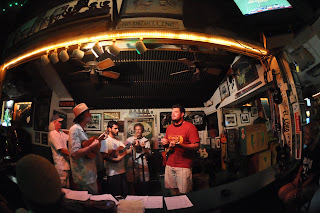 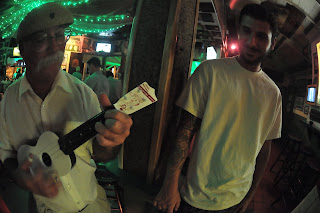 Gary and JT with the Jimmy Durante Uke 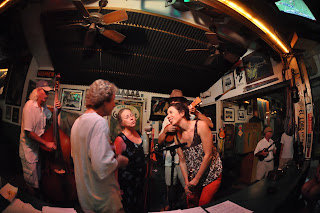 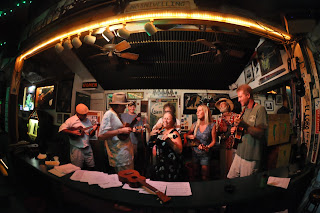 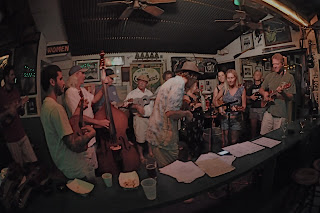