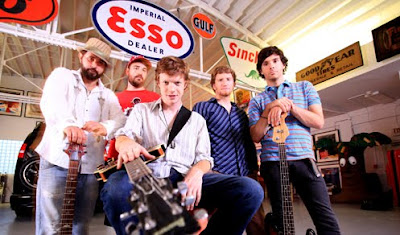 “The Heavy Pets return to The Green Parrot on Friday and Saturday, September 24th and 25th with shows at 5:30 and 10 P.M.The Heavy Pets are an American rock and roll band whose contagious vibe blends rhythm and blues, jazz-funk and reggae fusion with homegrown rock and roll. TheHeavy Pets are known for powerhouse performances spiked with hot electric licks and multi-climactic instrumental solos, as well as for their masterful acoustic acumen.

In 2007, the group became an instant Sirius radio sensation with the release of their acclaimed double-disc debut album, Whale, driven by hit tracks “Operation of Flight” and “Sleep.” Major festival darlings, The Heavy Pets are regulars at Bonnaroo, moe.down, Langerado, New Orleans Backbeat Jazzfest, and their namesake PetZoo, a two-day, multi-band festival that draws hordes of Pets devotees to Bucks County, PA, to feast on the headliners’ live alchemy.
The Heavy Pets seemed to have gotten a makeover. The South Florida jam band sports a new label, a new booking agency and they’ve just released a polished new album with the help of aheavy-weight producer.
But these five guys – guitarists Mike Garulli and Jeff Lloyd, keyboardist Jim Wuest, bassist Justin Carney and drummer Jamie Newitt – are sticking to what has worked for them for the past few years: endless touring, hitting every major city in the Northeast, South and Midwest as well as a host of summer festivals. 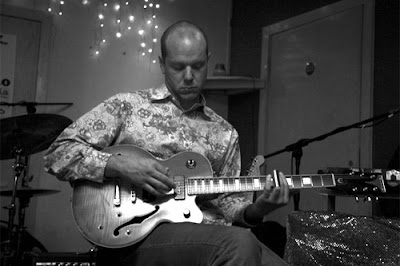 Daryl Hance, singer and guitarist for Southern Swamp Rock band JJ Grey and MOFRO, will make a solo appearance at the Green Parrot Bar on Sunday, September 26th,beginning at 5:30 P.M.

Conjuring up a soothing air of smolderingly hypnotic bluesy guitar passages and rock solid funky grooves, Daryl Hance is an artist who sings his songs and his guitar with a cool abandonment. Contrasting from dark and brooding to a recognition and celebration of all things, his songs and music are as much about the moment we all live in as they are a reflection of experiences that span a lifetime. A prolific well straight out of the book of normal everyday life.

Of his music, Daryl says, “It’s bluesy funky rock music focused on songs and strong grooves. Largely a sum of all my biggest influences rooted in older blues, funk, and rock music… Curtis Mayfield, Jimi Hendrix, Sly and the Family Stone, Stevie Wonder, Tony Joe White, Muddy Waters… with some early Black Sabbath-AC/DC kind of hard rock funkiness to it.
“Live, It’s music that people can move around and have a good time to, in the form of a dynamic three piece band that plays mostly 3 to 4 minute songs in the spirit of an old-school singing along rock and roll show!”