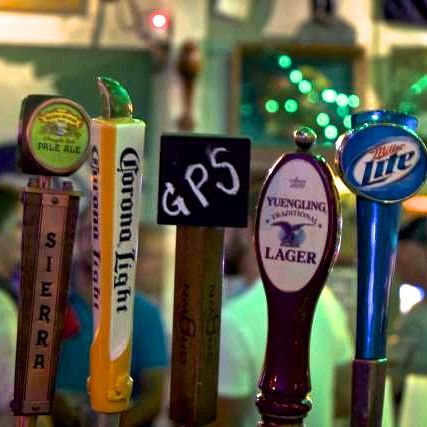 The Green Parrot Bar, the iconic Key West saloon that  has become as recognizable to Keys travelers as The Hemingway House or The Seven Mile Bridge has collaborated  with Maine’s craft-beer pioneers, the award-winning Shipyard Brewing Co, to release Green Parrot Session Ale. 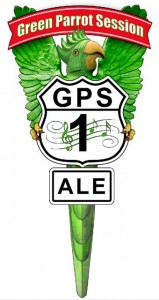 The official launch is scheduled for Thursday, August 28th, at 9 PM,  at The Green Parrot Bar as well as being offered as part of Labor Day weekend’s Key West BrewFest 2014 at The Signature Tasting Festival on South Beach on Saturday, August 31st from 4 to 8 PM. 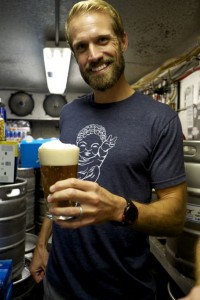 Pictured Above:GP partner Jeff Sorg gets ready to quaff the first GPS Ale
in the friendly confines of The Green Parrot Walk-in cooler
The Green Parrot Bar’s unique appeal, spread mostly by word-of-mouth,  has had it’s near-cult status  fueled for decades by an irresistible combination of   it’s dive-bar credibility, it’s friendly, seasoned  bartenders, and of course, it’s award-winning live entertainment, all of which have merged to make The Green Parrot one of the most consistently popular bars in Key West.  . 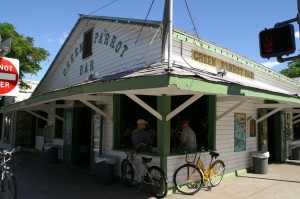 Our Corner Saloon
So when the time had come for The Green Parrot to produce it’s own brand of beer,  the search began for a brewery that possessed  the vision, the skills, the history, and most importantly, the passion,  to craft a beer  fine enough to bear The Parrot’s name. 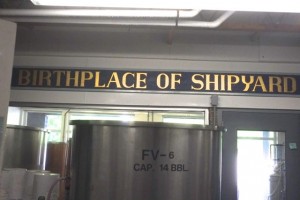 With it’s clean toasted biscuit malt base and a mild spicy hop balance, it is very much in line with golden English milds, and the hopping is quite “European” with the Czech hop variety Saaz, and the German Hallertau off-shoot Saphir, both of which carry mild spicy/earthy character.- 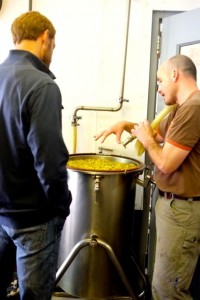 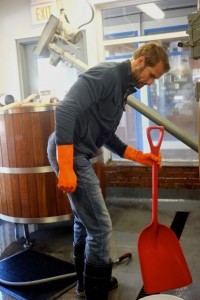 Jeff in the trenches 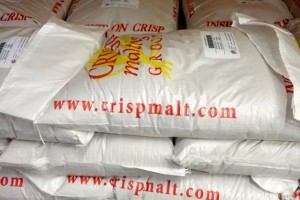 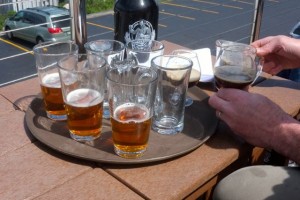 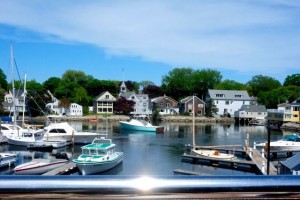 Our tasting room in Kennebunkport was the deck overlooking Kennebunk harbor

From the first day Green Parrot partners Pat Croce and John Vagnoni met  Shipyard’s affable and able founder,  Fred Forsley last February, the planets seemed to line up for the creation of a Green Parrot beer worthy of it’s name.
It became quickly obvious that Pat and Fred  were kindred spirits  and over a whirlwind weekend of lunches, dinners, and of course, beers, goals were discussed, plans laid,  and arrangements soon made to  bring Vagnoni and Parrot partner Jeff Sorg  to Maine to meet Shipyard brewmaster Mike Haley and begin the  work of designing a Green Parrot beer.  A few brews later,  a brewers-choice  recipe was approved and, less than six months from the intial meeting, kegs of Green Parrot Sessions Ale had  arrived at The Green Parrot Bar in Key West. 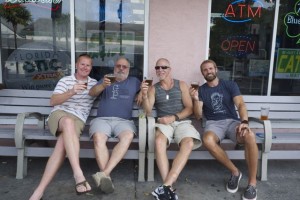