Undaunted by last week’s postponement due to Tropical Storm Fay, an unlikely alliance of Superheroes, primates and more than 50 Bingo mavens, tourists and locals alike, managed to pull off the first-ever Green Parrot Bingo Night to benefit the MARC House.
Alice herself, pictured here flanked by celebrity callers Stock Island Boy and Captain Conch is front and center is poised to buy the first one dollar Bingo card, leading a charge that would raise more than $450.00 before the last number of the night was called. 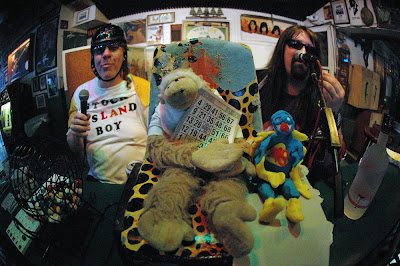 The Alice Foundatiion was well represented and a vital cog in this fund-raising machine. Dr. Steve, in the baloon hat, cleary has hung out in Bingo halls before as he skillfully weilds his dauber to mark his card. 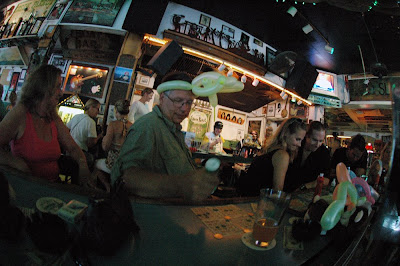 Once Tom realized that good taste was not an issue here he had no trouble keeps the patter going between the drawing balls from the hopper. 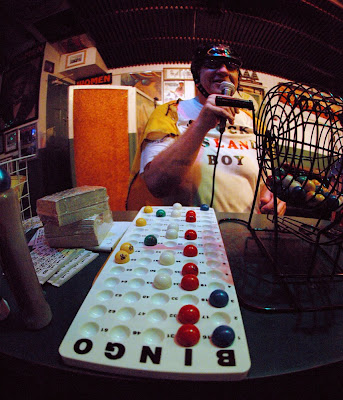 With a live simulcast on the internet those tuned in to www.greenparrot.com could play along at home. 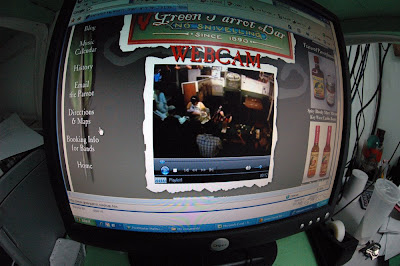 The tranquil exterior of the Parrot on a summer evening…. 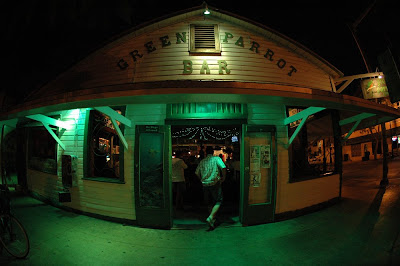 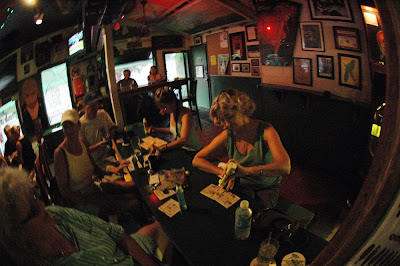 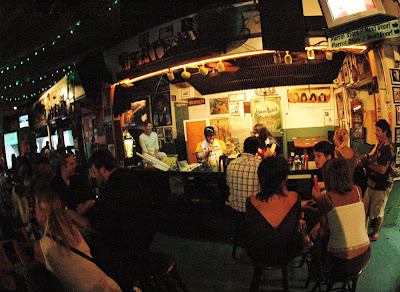 Will brought his own favorite primate to the show 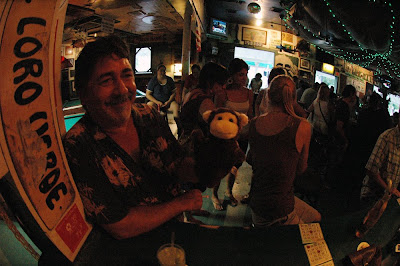 Our happy winner of the Grand Finale Blackout Bingo game walks off with the Grand Prize of a 1.75 liter bottle of Three Olives Cherry Vodka, a fifty dollar gift certificate to Michaels Restaurant and much sought after limited edition Green Parrot poster. 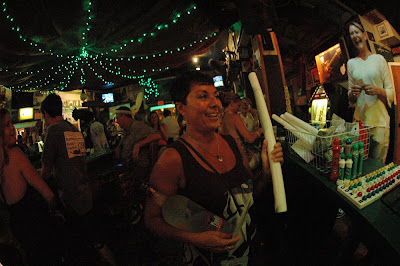