Stationed within earshot across the street from the bar… 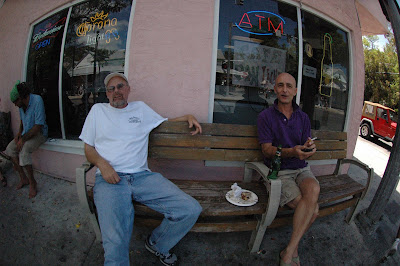 our crack staff of sound engineers say,“…Just text us if there’s a problem”