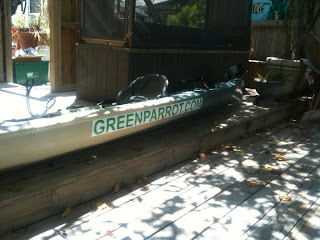 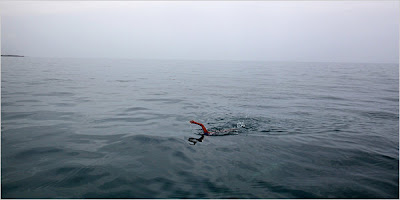 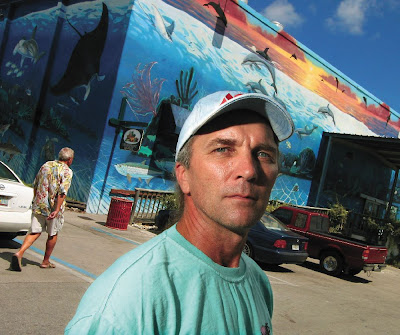 Here’s our old friend Buco, bartender alumnus, Green Parrot Mr. fixit, our animal rescue engineer, our quality control expert and nominal head of our research and developement department and most importantly for this story, a founding member of the Green Parrot Kayak Society. Buco has signed on for what is, even for him, he admits, an amazing adventure.

He will be one of the kayakers who will, his kayak armed with electronic anti-shark devices, paddle alongside veteran long-distance swimmer Diana Nyad when she attempts her 103-mile swim swim from Cuba to Key West later this week, an attempt that should take her 40 to 60 hours without a rest. 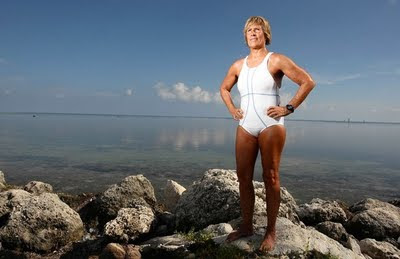 Last week Buco went on a practice run with Diana and her team, to test his own stamina, learn a few ocean-kayaking techniques and, he thought, perhaps synch some of his new-found skills with Diane’s decades-old ones. And sych himself with her he did, so much so that as he began to match every one of strokes with every one of his paddles he said he entered a near-medatative state that he did not stir from till unil he looked around and found him surrounded by fishing boats and he realized he had just paddled out to the reef, a feat that previously he had not remotely thought himself capable of. 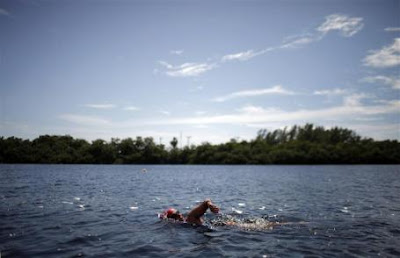 Now tested and ready, he sits waiting for a call to action from Diana’s team that will come when, and only when, water temperature and weather conditions are optimal for her attempt to begin.

Taking his responsibility with the same sincerity, urgency and aptitude that he applies to everything he does in life, Buco said, “I have to be mentally and physically prepared for this because once we’re out there, in the water, I am her bodyguard”

Read another story in The Huffington Post or read an ESPN story about the swim here. 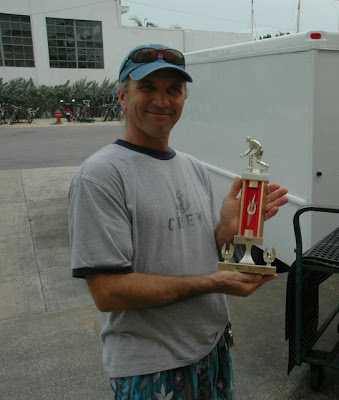 Here’s Buco posed with The Green Parrot’trophy representing their victory as First Grand Champions “They Can’t Take That Away From Us” of The Southernmost Bocce League.