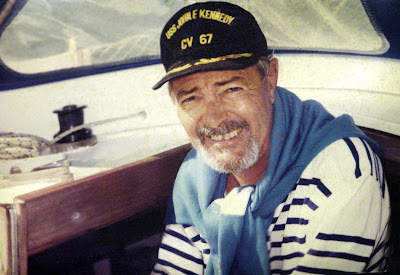 As I write this we are at the half way point of Frenchy’s 5 day memorial service, his posthumous pub crawl, which was described by him in an addendum to his will and is being carried out by Buco in meticulous detail that would make Frenchy proud.

“Following my death to accomodate the hundred if not thousand friends I like different celebrations of my 40 years in Key-West since 1969.

The first Saturday at the Green Parrot,
next on Sunday at Hog Fish in Stock Island,
on Monday at Schooner Wharf,
on Tuesday at Charlie’s Place for Soccer players,
on Wednesday at Croissant de France for French people.”

Well, we did The Parrot on noon at Saturday… 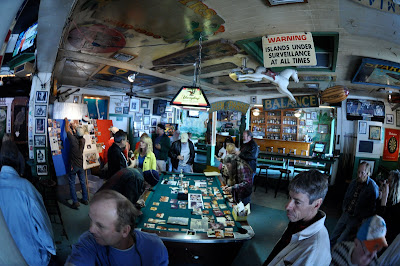 and it lasted till 7 PM 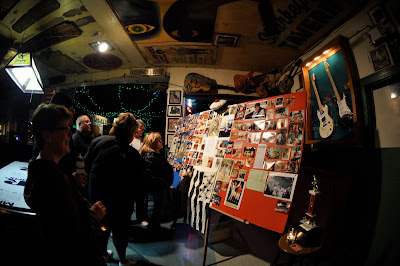 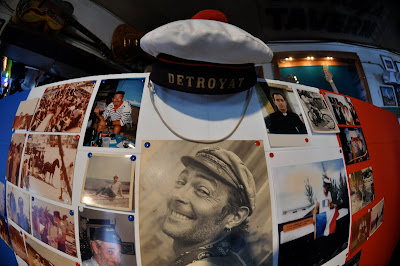 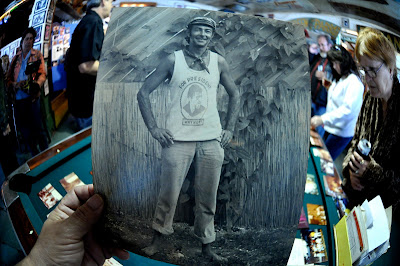 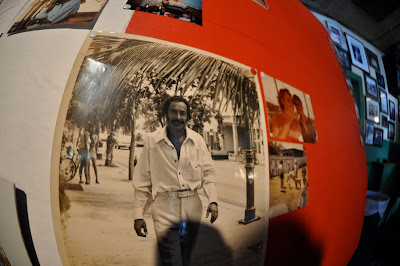 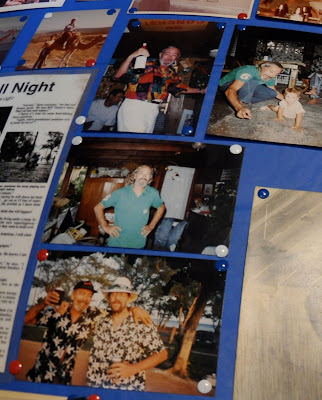 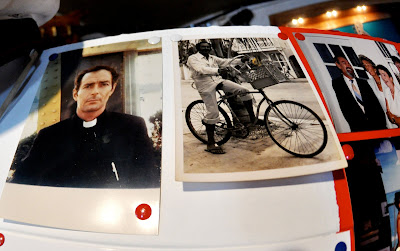 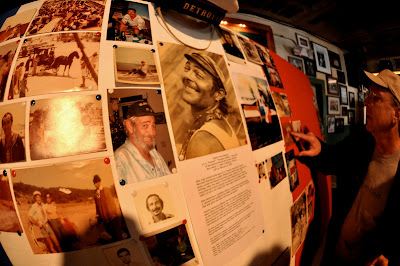 Here’s what Frenchy left behind as his last will and testament:

After I passed over I want Dan Krammer, the tree cutter n’ trimmer to get everything I own especially the decorations hanging in my Living room.

He knows which picture of me to give John Vagnoni, the manager of the Green Parrot, for my obituary in the Key-West Citizen. (2 Days)
I want my ashes to be thrown out to sea as far as it could be so the Gulf Stream would carry them slowly to the coast of my native Brittany {France} where the Gulf Stream ends. I don’t want the taxi company to do anthting for me because I only love one half of the drivers, some dearly for more than 20 years even if I have been driving only 17 years, I think, when the company was still on Flagler Ave.
I like the party at sea to be on the Schooner Western Union if she is in town or on the Glass Bottom Boat (or both!) but that decision will be up to John Vagnoni. I am the only crew member of the Western Union left in Key-West from the 60’s n’ 70’s when she was a working underwater cable boat. Ed Swift’s got a video of me in an interview about working on the Western Union in 1971.

After high school signed with French Merchant Marine and as a cadet (Piloton) went twice, during one year and a half, around the globe across Panama and Suez at the age of 17 1/2 and 18. After five years in the French Colonial Army in Africa, Indochina and French Guyanan end up in Canada in mid sixties to live a full hippie life, never talking of his past.
After becoming a Canadian citizen, took a long vacation in Jamacia from where he sailed to Key-West in December 1969. Missed his boat early in the morning and stayed!
Worked at the “Mis-tral” the first French restaurant in Key-West, that’s where Rick’s bar is now and then in 1971 worked a few months on the Schooner Western Union to do underwater cable work. As the only survivor still living in Key-West from that crew of 1971 and 1972, was interviewed on video by Ed Swift.

Driving a cab since 1992 and before that, all things including lots of carpentry and remodeling homes in K.W. for ten years.
He was a Champion in 3 sports, Key West Soccer Teams Tournament, Volley ball at Casa Marina Tournament and Bocce ball in the 1st year with Green Parrot Team and again the 3rd year with A Plus Roofing.

I don’t want any of my family to come here for the parties but instead being sent a little bottle of my ashes to be spread (or buried) on my parents grave in the cemetary of Villa ol’ Avray.
Following my death to accomodate the hundred if not thousand friends I like different celebrations of my 40 years in Key-West since 1969.

The first Saturday at the Green Parrot,
next on Sunday at Hog Fish in Stock Island,
on Monday at Schooner Wharf,
on Tuesday at Charlie’s Place for Soccer players,
on Wednesday at Croissant de France for French people. 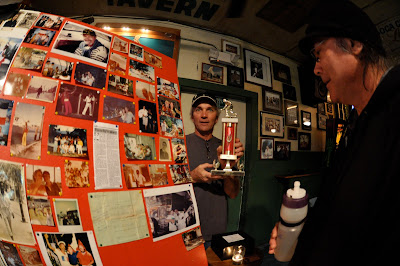 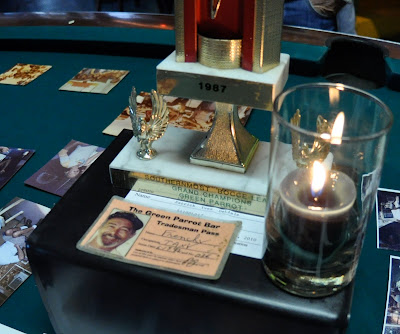 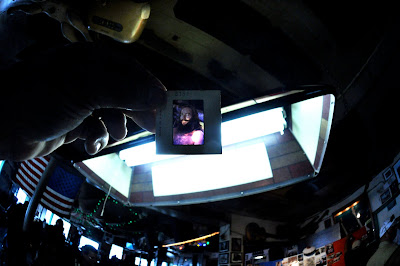 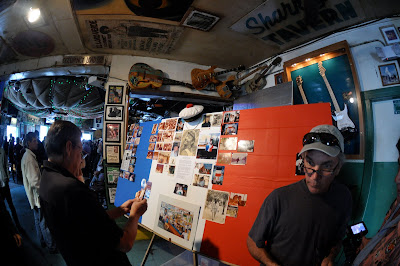 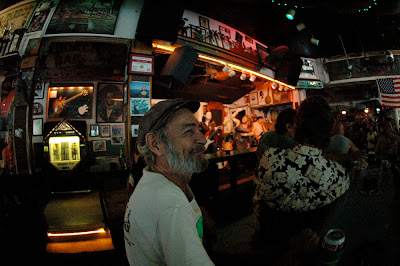 sailing, a skinny dip, and a moped accident 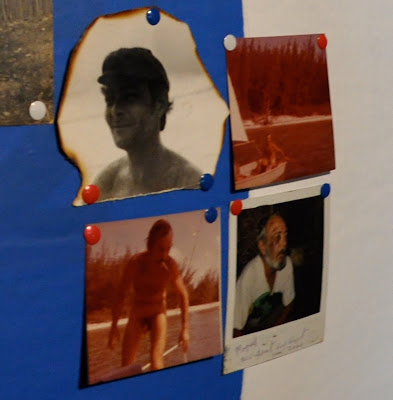 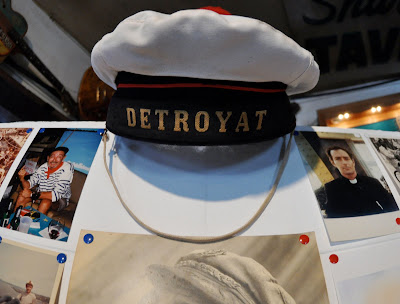 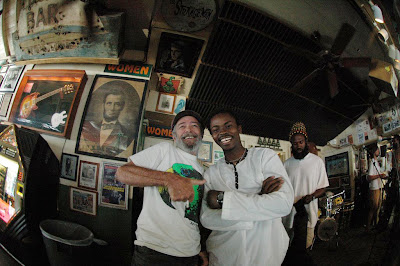 He went to Graceland 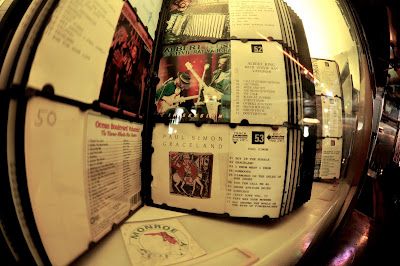