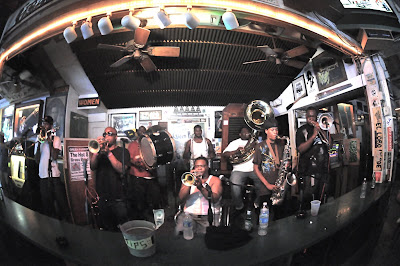 The Hot 8 Brass Band on The Parrot Stage Last Night

New Orleans’ Hot 8 Brass Band has epitomized New Orleans street music for over a decade. the band plays the traditional Second Line parades, infusing their performances with the funk and energy that makes New Orleans music loved around the world. it was an evening of music like no other.
Hot 8 retunrs to the Parrot stage tonight at 10 PM . Dont miss this chance to see one of New Orleans hottest and most creative bands at your favorite Key West music venue, The Green Parrot Bar.
In the wake of Hurricane Katrina, the band was propelled to wider prominence by their indelible presence in Spike Lee’s 2006 documentary When the Levees Broke: A Requiem in Four Acts and by their frequent appearances in The Award winning HBO series Treme, which highlighted both their music and their post-Katrina hardships.
Says filmaker and New Orleans native Royce Osborn, “Those first few parades after the storm, The Hot 8 carried us, they literally lifted the city on their big brawny shoulders and carried us through the street, insisting that the shit was going to get better.” 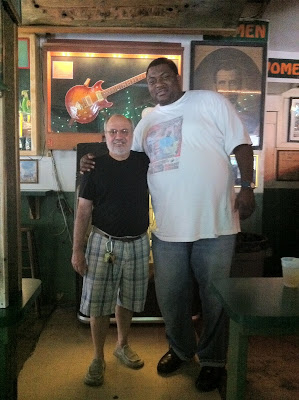