Fleshtones Bring Garage Band Revival to Green Parrot  Originators of the Garage Band Revival and former CBGB’s heyday-stalwarts The Fleshtones   With the garage band   revival still raging in the 21st century, the band has reduced its Super Rock sound down to pure muscle and bone. Fuzzy guitars, vintage organ and cocksure swagger abound  as the band re-stakes […]

Entrain, the drum-driven World-Pop sensation from Martha’s Vineyard merges funk, rock, reggae, swamp, and world beat rhythms with a sweaty good time, Entrain has been praised for their ability to shift effortlessly between musical styles – from rock, blues, calypso, zydeco, jazz and world beat – sometimes within the same song. Their concept is all about the […]

Matt is the guitarist with 80’s super group ABC and can be heard on double Brit nominee Laura Mvula’s album “Sing To The Moon” as well as albums by Rumer, Dionne Bromfield, Julian Lennon and many more. He has appeared on stage, television, and toured the world with a multitude of artists including Belinda Carlisle, Bananrama, Steve Earle, and Emmylou Harris.   He […]

Founded by multi-instrumentalist and vocalist Cruz Contreras in 2008, The Knoxville-based roots-rock/Americana band, Black Lillies has risen to the forefront of the Americana scene with their own unique brand of country, roots, rock and blues via Appalachia. Known for their captivating blend of rock & roll and country, they have become one of Americana music’s biggest success stories: an […]

DeadPhish Orchestra Brings a Seamless Web of Phish and Dead to The Parrot Stage Colorado-quartet The Deadphish Orchestra  are Close friends who have played music together for many years, hey had played Grateful Dead songs together, and they had played Phish songs together. But they got to wondering what would happen if they tried to merge the music of these two bands, the Granddaddies and Daddies of the jamband scene. While these […]

A stellar songwriter, vocalist and guitarist, Bobby Lee Rodgers was for years the mainstay of The Codetalkers, a jazz, rock and roll band whose music has been described as a mix of jazz, rock, blues, bluegrass and funk with improvised jams being the main theme in their live performances. Some of their unique sound comes from their use of a […]

With a musical career spanning more than thirty-five years, guitarist and sonic innovator Tim Reynolds, the Grammy-nominated lead guitarist for the Dave Matthews Band, is known for his masterful command of melody and timing and for his uncanny ability to improvise on any instrument he touches. Having explored most musical styles, from rock, jazz and blues to classical and […]

Founded at the Maple Leaf on a hot summer night, J & The Causeways is a group spearheaded by singer-songwriter Jordan Anderson. Together with his pulsating rhythm section, intricate horn and guitar melodies and robust vocals, lead singer/keys player Anderson is ripe with music that Flow Tribe has called “powerhouse soul dipped in old school […]

With a mantra of  “Grin Wider” and “Groove Harder” Shady street is a sonic carnival with  a keyboard-driven New Orleans groove,  a group that gives a respectful nod to the past and  follows the traditional pathway of bands such as  Supertramp, Tower Of Power, Joe Cocker, Randy Newman, The Band, and many more, while  Ryan Gregg and Zac Silva continually forge ahead into the wonderful […]

The Legendary JC’s Lonesome Soul Revue brings their soul-stirring, hands-to-heaven, old-fashioned R&B/rock ‘n roll sound to The Green Parrot  Take Sam Cooke with hints of James Brown and Sammy Davis, put some rockin’ Southern guitars, a kickin’ rhythm section and a mind-blowin’ horn section behind them, mix it up, and you get The Legendary JC’s. The Orlando-based, wild-eyed, soul-rock revue’s shows have […]

Dave Jordan & the Neighborhood Improvement Association, brings their troupe of seasoned New Orleans players to  The Green Parrot  For 15 years and counting, Jordan has trafficked in high-octane, high-impact funk-rock as the bassist, singer and primary songwriter one of  New Orleans’ most popular bands, Juice. Dave Jordan & the Neighborhood Improvement Association cover the spectrum of American roots music, from Bo Diddley to […]

The New Orleans’ 7-piece, horn-heavy funk band, In Business, makes their much-anticipated return to The Parrot stageFounded in 2012 in funky New Orleans, Louisiana, the Business is an organization of like-minded individuals dedicated to the creation and distribution of one product, and one product only: funk music.Although our mission is a simple one, we are steadfast in our purpose, bringing only the highest quality […]

New Orleans-based  genre-defying Darcy Malone and The Tangle make their much anticipated return to The Green Parrot   Band founders lead singer Darcy Malone, daughter of the Radiators’ Dave Malone, and her husband, singer/guitarist Christopher Boye, created The Tangle as a project unburdened by traditional genre limitations.   While at the Tangle’s core is Malone’s  soul-and-pop along with Boye’s love of indie/underground rock and roll, more than […]

The Augusta, Georgia-based and “Funk-Oriented” 10-piece band,  had Parrot patrons crowding the floor with their dance-driven grooves and powerful clean vocals and  have been steadily climbing their way to the top of the national music scene through their relentless touring and consistently crowd-captivating live performances. They were recently named Augusta’s Best R & B Band and listed by Relix Magazine as […]

One-Man Band Ben Prestage Brings Delta Blues on Slide Guitar and Diddley-Bow to ParrotMaking his long awaited return to The Parrot stage, one-man band Ben Prestage will perform  American roots music and Southern Country Blues on slide guitar and diddley-bow Prestage was voted one of the top 3 best performers at the International Blues Competition in Memphis and he is the only two-time recipient of the prestigious “Lyons/Pitchford Award for […]

Loved by Parrot patrons, local and visitors alike,  for his engaging and personable stage presence, roots-rocker Lindell, with his cliché-free, hook-filled songs and dive-bar credibility, has consistently been one of  The Parrot’s must-see performers. Consistently  listed as one of the top acts to see at New Orleans Jazz Fest, his combination of sweet, blue-eyed soul, smoldering vocals, and foot-stomping R&B […]

Let’s look back a few years and see what one of the greatest nights of music we ever had looked like. 35 mm no less.

Touching briefly on sartorial notes before musical ones, pictured here at the Beatles Tribute today at The Green Parrot we have Jeff Clark with an homage to John Lennon’s white Abbey Road suit and Tony Baltimore opting for an earlier look typified by the Greek Fisherman’s Cap Lennon wore on the Beatles’ original American tour […]

The Drunken Hearts Bring High-Country-Rock, Americana to Green Parrot  Originally formed  in 2010, The Drunken Hearts have grown leaps and bounds in the past eight years, managing to make a name for themselves in a state that is rapidly gaining a reputation as a magnet for roots music. Led by lead singer and acoustic guitar player, Andrew McConathy, The Drunken Hearts are now a five-piece, well-synced […]

The Piper Road Spring Band brings their diverse brandof acoustic bluegrass to the Parrot stage   In their thirty five years performing together they have beennominated by the National Bluegrass Music Industry for the BestOld-Time String band Award and have won  the Wisconsin Area MusicIndustry Award for the Best Bluegrass Artist four times.   Over the years the band has developed a unique acoustic/bluegrassstyle. Their […]

Honey Island Swamp Band  Puts NOLA Spin on Green Parrot Weekend New Orleans-based  Island Swamp Band, recent recipients of two of the Crescent City’s prestigious Best of The Beat Awards for Best Emerging Artist and Best Blues Album will return to the Green Parrot with shows at 5:30 and 10 PM on Friday and Saturday, February 27th and 28th, and 5:30 PM […]

Red Elvises Bring “Rokenrol Revolution” to Green Parrot Famed Siberian Surf-Rockers Igor and The Red Elvises  2015 World Tour brings the party back to The Green Parrot with shows at  5:30 and 9:00 p.m. on  Thursday, February  26th. Playing a unique blend of Russian folk music, 50’s rockabilly/surf, reggae, and whatever else makes them happy, Igor & Red Elvises’ perpetual world tour has provided a […]

“This band is therapy for me to bring myself back to being a better person, and I hope people come along with me,” says powerhouse singer Clinton Clegg of The Commonheart. The testimonial begins on August 16th when the 9-piece band issues its most potent and purposeful dose of grittily redemptive rock n’ soul, its […]

FlowTribe brings Homegrown NOLA Funk/Rock to Parrot  The  New Orleans’-raised sextet,  Flow Tribe,  will bring their dramatic, brassed-up show to The Green Parrot Bar  for two pelvis-grinding nights  of psychedelic blues and funk rock. Founded in 2004, all band members are New Orleans natives and are self-described as a “bizarrely irresistible unique blues/funk/rock band that electrifies the audience with the delicacy of a sledgehammer […]

The Grass is Dead

The Grass Is Dead, a bluegrass combo paying homage to the music and cultural legacy of The Grateful Dead, makes their Green Parrot debut on Wednesday and Thursday,  January 15th and 16th, with shows at 5:30, 9:00, and 11:00. An homage to roots music in general and the songs of the Dead and Jerry Garcia specifically,  Grass […]

READ MORE The Grass is Dead

Xperimento the 7-piece Colombian-roots/cumbia funk/reggae band was voted Miami’s Best Fusion Band 2011 by Miami New Times, Xperimento   is something only Miami could cook up. It plays a blend of cumbia, reggae, salsa, funk, timba, rumba, tango and dub, creating a sound that reflects the diverse mixture of cultures and genres that Miami has to offer. The band has strong […]

One of Miami’s favorite Latin-Rock-Cumbia band is Grammy-nominated Locos por Juana. Nominated in the Grammy category of Best Latin Rock or Alternative album for their album La Verdad, Locos por Juana has finally gotten its due from the awards gods. Locos for Juana, which roughly translates to ”Crazy About Jane”, delight in genre-crossing. With members hailing from Colombia, Venezuela, and Puerto Rico, the band mixes Ska, […]

Blending Latin, funk, hip hop and dub, the Spam Allstars and well known in Miami for their innovative sound, the Spam Allstars have given South Florida a premium blend of nostalgic, obscure, retro sounds, described as retro-Cuban and deconstructed rumba. A self-described descarga or Cuban jam session, DJ Le Spam and the Spam Allstars are a unique ensemble that has created their own niche on the national music […] 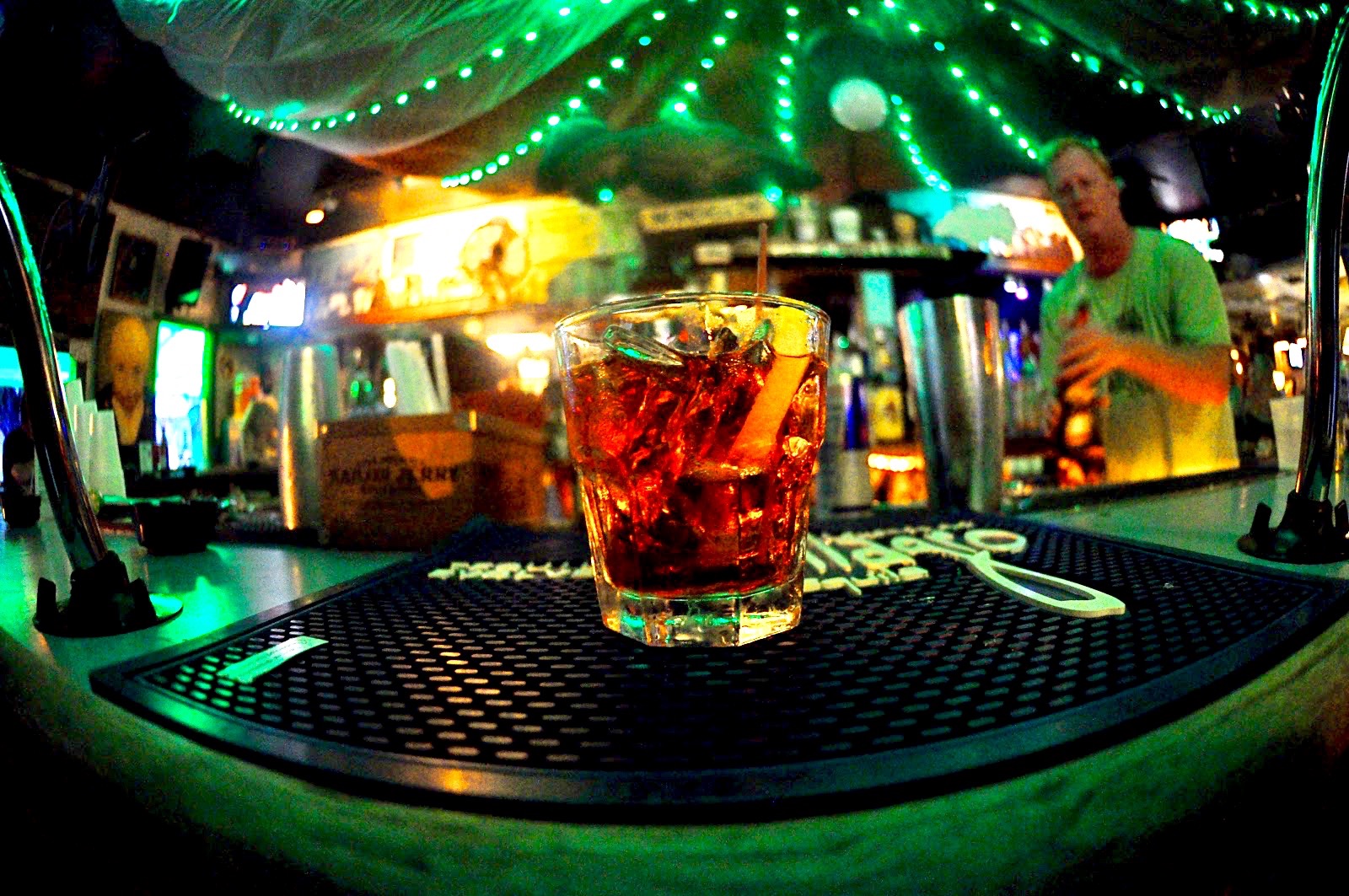