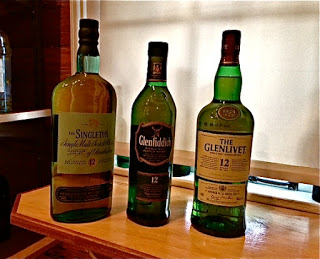 Father’s Day offers an opportunity to show your appreciation to someone that has played an important part in your life.

Neckties and golf balls are nice but a fine whisky also makes a great gift. 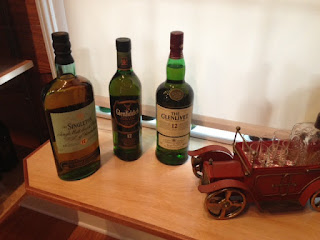 Here are three of the finest single malt Scotch whiskies from the Highlands of Scotland to consider for Dad. 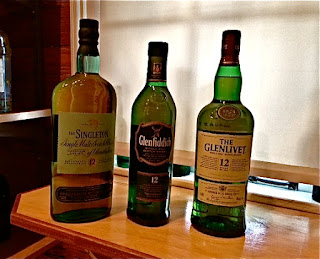 Left to right.
The Singleton, although its smart packaging insures its popularity as a gift let’s not forget it was voted Best Speyside 12 years and under by the World Whiskies Awards in 2012.
Glenfiddich:The world’s most awarded single malt scotch whisky, established by William Grant in 1876, with the first spirit running off the stills in 1887, is still run by his descendents, the first whisky to truly markey itself as a single malt.
,Glenlivet: One of the most famous malts in the world, perhaps on account of the story of George Smith, an illegal distiller in Speyside who was the first to go legit when he obtained the first license to legally distill whisky in 1824.
It is said that for many years afterward he had to carry a pair of pistols to protect himself and his family from his aggrieved erstwhile colleagues
All twelve years old and all excellent.