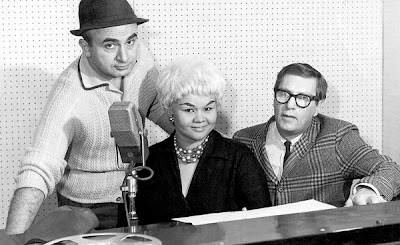 Etta James in the studio in Chicago with the Chess Records founder Phil Chess, left, and the producer Ralph Bass in 1960.
Etta James, whose powerful, versatile and emotionally direct voice could enliven the raunchiest blues as well as the subtlest love songs, most indelibly in her signature hit,“At Last,” died on Friday morning in Riverside, Calif. She was 73. 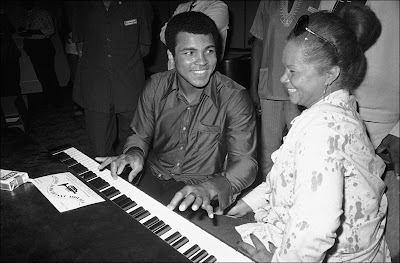 Singer Etta James died Friday. She started belting out gospel in church as a little girl, made her first pop record as a teenager, became Chess Records’ first female R&B star and released her last album just a few months ago. Writer Gwendolyn Thompkins grew up listening to James and has this remembrance. which she shared with NPR listeners this morning.