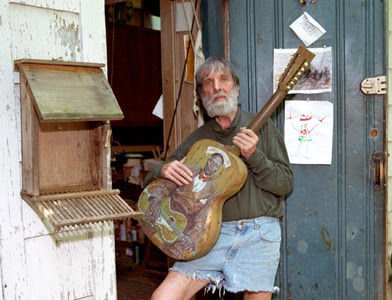 Since we like to say the Parrot is your “Center for Blues Culture of All Kinds”, I thought a a homage of sorts was appropriate here. Eric von Scmidt passed away on February 2nd and will be remembered for many contributions to music and art.
He was a key part of the folk/blues revival of the sixties that included Bob Dylan and our friend Spider John Koerner, and was perhaps best known for penning the song “Baby Let Me Follow You Down” that went on to become part of Dylan’s early folk canon.
To be honest, I only discovered his paintings when I stumbled on his obituary, and as you see, they are impressive. In addition to his blues-inspired themes he used the American West as a setting for many of his works. His father, Harold Von Schmidt, was a painter of western landscapes who worked for The Saturday Evening Post. Among his last works before he passed was an epic painting depicting the siege of The Alamo and another of the Lewis and Clark’s Corp of Discovery honoring its bicentennial, chronicled here, along with many of both his and his father’s other works. His illustrated discography appears here. 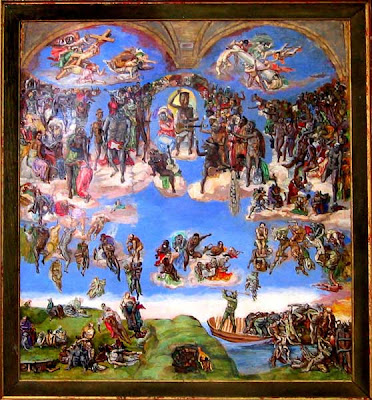 Pictured above is “Blues Last Judgement (after Michaelangelo”part of series of paintings “Giants of the Blues 1920 to 1950” which honors and immortalizes the creators of the blues, those responsible for performing and preserving Black-American folk music. The paintings depict the rich history of the people who handed down the blues sounds that influence popular music today. 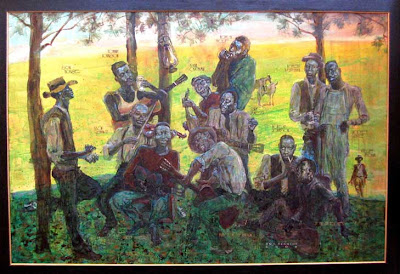 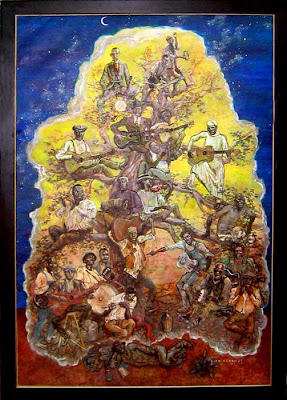 In addition, He painted dozens of album covers for Joan Baez, Odetta, John Renbourn, and many other folk musicians, as well as many book jacket illustrations. Pictured below is the jacket for a Richard Farina novel and a self portrait on one of his own album covers. 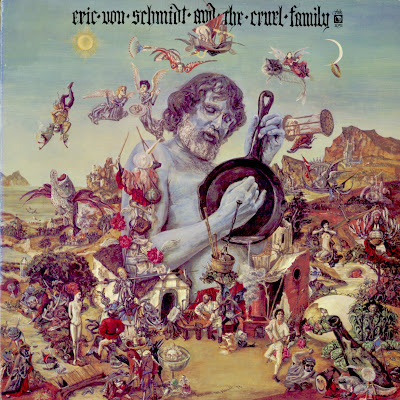