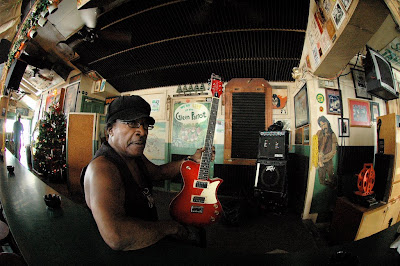 Eddie Kirkland, then 84, pictured above on the Green Parrot stage a few years back.

I mentioned some of these things a few days ago but reading this New York Times piece today made me revisit those memories.
Eddie liked to load in early, sometimes even a few days early. He liked to hang out where the people were and would fuss with his instruments and amps for hours onstage before a gig.
He was openly pleased when old friend Barry Cuda stopped by before one of his Parrot shows. 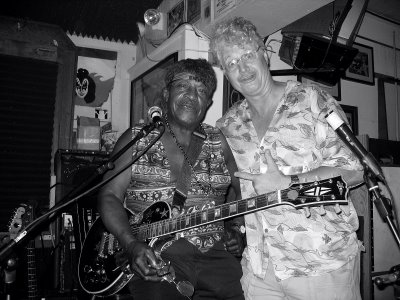 I recall he had little use for hotels, preferring either the band house or in a pinch his vintage Ford Country Squire. It was an early-seventies, canary yellow sled, with the spare on the roof, the drivers-side mirror held on with a guitar string(what else), and a 9-iron (I supposed his weapon of choice) prominently displayed in the rear-side window. 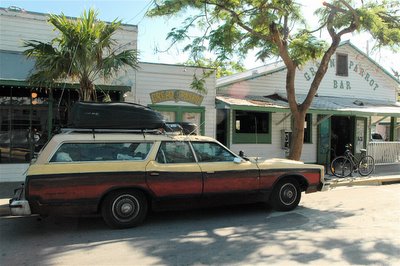 He told me nobody ever put a wrench on that car but him.