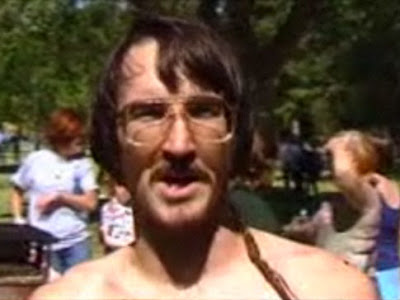 As with so many things in America these days, a planned Koran-burning in Texas last week that seemed as if it might end in tears, instead ended in Auto-Tuning.

While much of the planet was focused on the possibility that the pastor of a tiny Florida church might burn copies of the Koran to mark the anniversary of the Sept. 11 terrorist attacks, David Grisham, a security guard at a nuclear bomb facility who leads a group of Christian activists called “Repent Amarillo,” tried and failed to grill a copy of the Muslim holy book on Saturday in a public park in Amarillo, Tex.

Mr. Grisham’s copycat Koran-burning was thwarted not by a phone call from the Pentagon, or the small band of protesters who placed their hands on the grill he planned to use, but by a 23-year-old skateboarder who swept in and stole the book before it could be burned.

As an Amarillo Globe-News account explained, “Jacob Isom, 23, grabbed David Grisham’s Koran when he became distracted while arguing with several residents at Sam Houston Park about the merits of burning the Islamic holy book.” The newspaper noted that, at the time, Mr. Isom was “carrying a skateboard and wearing a T-shirt with ‘I’m in Repent Amarillo No Joke’ scrawled by hand on the back.”

That’s when Mr. Isom explained to a local news crew that he convinced Mr. Grisham — whose group “aims to deter promiscuity, homosexuality and non-Christian worship practices through confrontation and prayer” — to give up by informing him, “Dude, you have no Koran”.

But, while Mr. Isom told Gawker on Wednesday that he was happy to find that Jon Stewart “made me a stoner icon,” he explained that he was not that interested in the Internet and didn’t even have a computer, so was not that moved by his new Web stardom. He did, though, express one ambition: to make it into the pages of “High Times,” the marijuana-lover’s magazine of record.