I’m reprising this post from May as a way of informing people to tune in to HDNet television on Wednesday, October 26th at 8 PM ET to see the Key West episode of Drinking Made Easy, which features The Green Parrot among other Kew West ginmills, including The Rum Barrel and Island Dogs. I also am re-posting it because that afternoon was such a blast. Can’t wait to see the episode, we’ll have it on the large screen that night for sure.
Here’s what happened back in May:

Drinking Made Easy, and HDNet television series starring Zane Lamprey, billed as “The celebration, education and enjoyment of adult libations” visited the friendly confines of The Green Parrot yestrday. 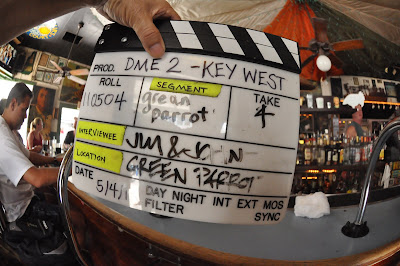 Host Zane Lamprey, under the watchful eye of Jim Fossum and assisted by Michael Croce, cranks out a long line of The Parrot’ signature drink: The Root Beer Barrel. 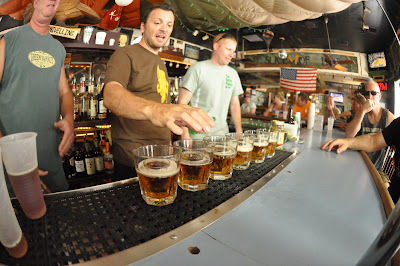 Here’s Zane offering me my first barrel of the day. 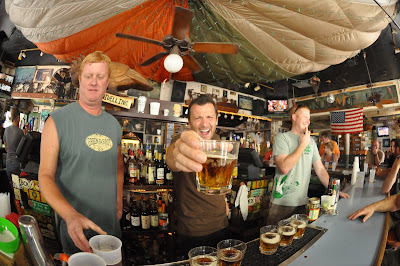 In the summer of 2010, Zane Lamprey, Steve McKenna and Marc Ryan set off on an 80-day road trip that would take them through 53 cities, 26 states and nearly 10,000 miles. Along the way, they shot a television show by day, and performed a live stand-up comedy show by night. With two tour buses and more than 15 people in tow, they traversed the US with one goal in mind: to entertain the masses.
And here’s how they do it 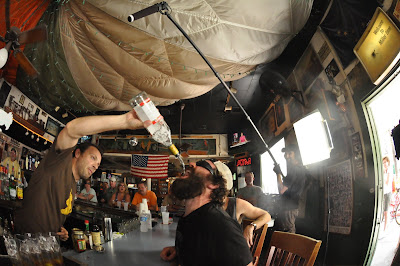 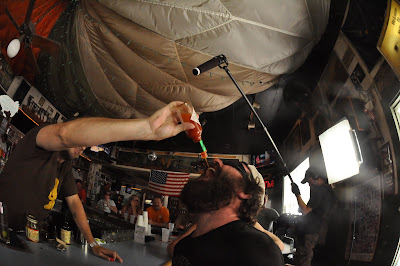 Washed down with a little hot sauce…

Next, pictured below, captured in a sequence of high-speed photos worthy of National Geographic or Planet Earth, Zane launches a key lime, 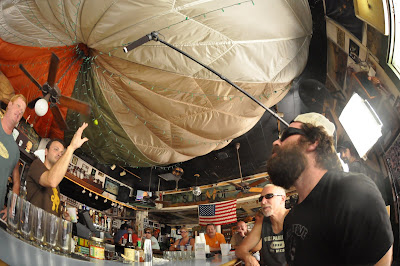 in an arc that looks like a three-pointer from the top of the key, 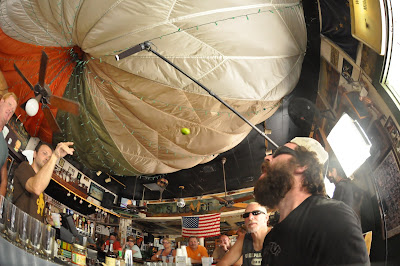 and disappears, nothing but net, into Steve’s gaping maw. 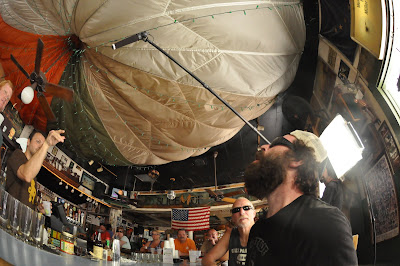 “Drinking Made Easy” on HDNet follows the guys on this once-in-a-lifetime trip as they hit up local watering holes, pubs, bars, restaurants, breweries, wineries and distilleries in an attempt to find the most unique and interesting beers, wines and spirits, and cocktails across this great country of ours.
Zane Lamprey visits the local drinking establishments, usually with co-host (stunt-drinker) Steve McKenna coming along, as correspondent Marc Ryan visits breweries, wineries and distilleries to continue the educational aspect of the show. In each episode the guys visit a different city, exploring the local drinks and drinking customs, partake in an eating challenge, and take each other on head-to-head in unimportant competitions. Look for a shout-out to The Parrot and Key West and see all their adventures on Host Zane Lamprey’s blog. 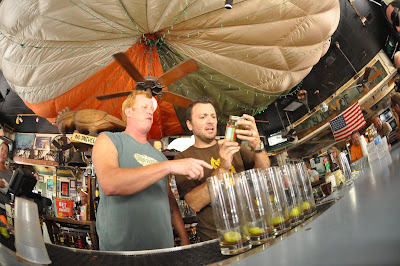 Next, another Classic and Popular Parrot libation, the Bloody Mary 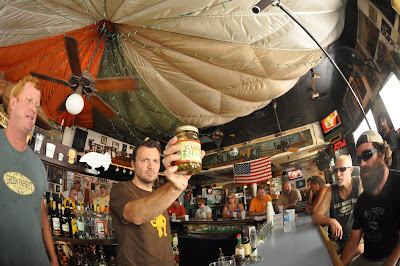 Zane displays a jar of our Caribbeans, our pickled, spicy brand of green beans that make our Bloodys unique 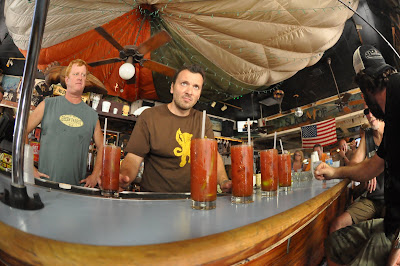 Zane is no slouch behind the bar and Fossum is impressed. 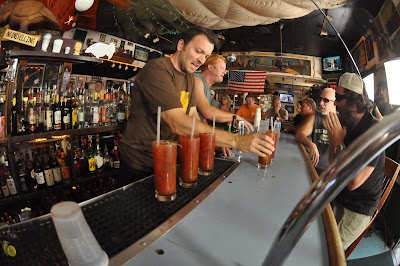 Time for a contest 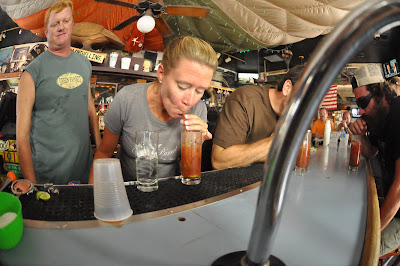 Looking like she’s about to suck herself right through the straw, Green Parrot bartender Annie B goes head-to-head with Steve, Zane, myself and Pat Croce 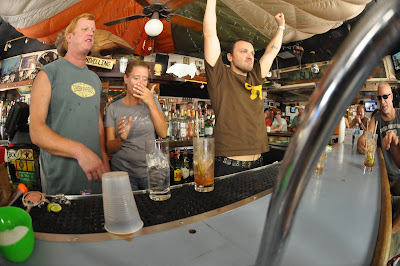 Zane declares himself the winner, but I believe Annie B nudged him out 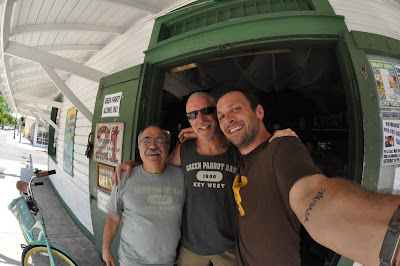 Ready to ride off into the sunset, Zane say goodbye to Pat and myself. Look for the show in October on HDVet.