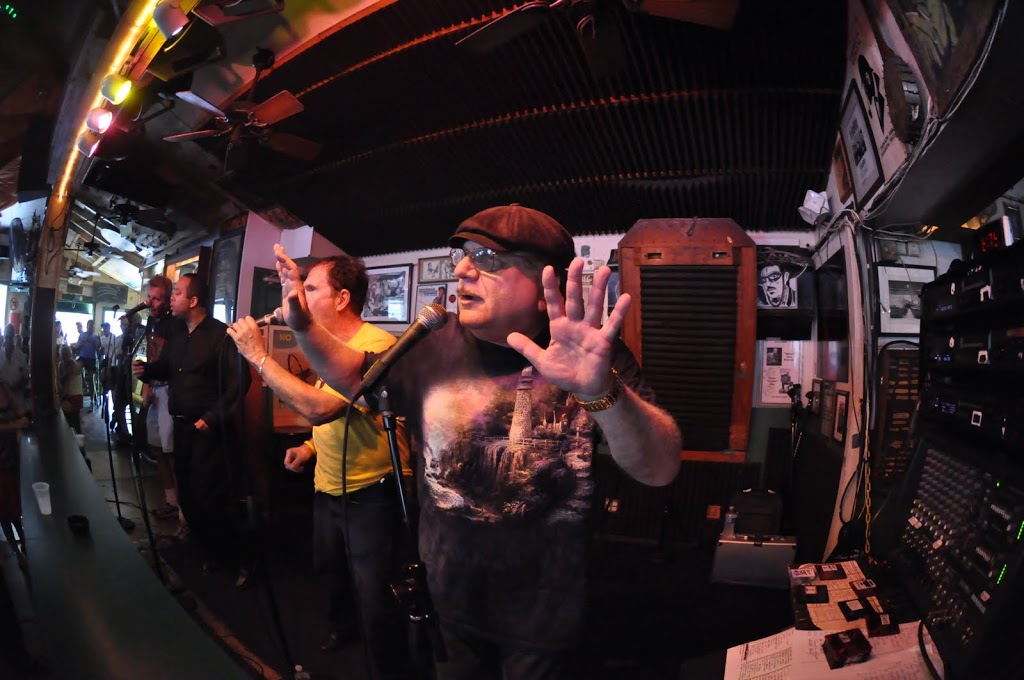 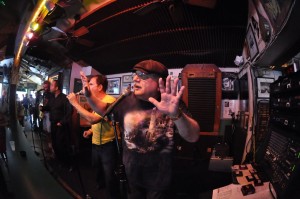 Joey Dale has Parrot patrons in the palm of his hand at a recent show here.

Dress up in your favorite bouffant, duck tail, bowling shirt or leather jacket, poodle skirt or any of your other favorite 50’s fashions and head down to The Green Parrot on Sunday, January 26th at 5:30 P.M. because Joey Dale and The Gigolos, South Florida’s premier Doo Wop group will be doing the Green Parrot’s Sunday “soundcheck” and singing all the hits that people love to hear.
Their repertoire includes hits recorded by the Duprees, The Skyliners, The Coasters and many more popular groups of the fifties. and encompasses not only Doo Wap but Big Band, Motown, Disco, Blues and Rock and Roll, all fun and danceable. Joey Dale and the Gigolos perform like no other and promise to keep the dance floor packed. 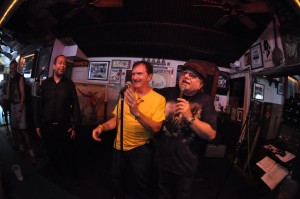 Joey with Doo Wap Legend Jimmy Gallagher of The Passions

As a special treat Joey will be joined by Doo Wap legend Jimmy Gallagher, lead singer of The Passions, perhaps the most well known of any white doo wap groups of the 50’s and 60’s. One of the Passions many hits was “Just to Be with You”, released in 1959 and fueled by Gallager’s impassioned lead vocal, this now-classic classic chestnut became a top twenty hit on radios a cross Ameica and continues to be an ageless Doo Wap anthem for fans of the genre. As a bit of music trivia, when Gallager’s demo of “Just to Be with You” was first delivered to the producers at Audicon Records Gallager was backed by a duo of studio singers called The Cousins. The Cousins were Paul Simon and Carol King.

Green Parrot Bar, your Southernmost Center for Culture, at the corner
of Whitehead and Southard Streets.

Speaking of corners, here’s picture from:
Another corner (Garrett Road and Avon Road in Upper Darby)
Another time (1962, I was a freshman in High School), and
Another Joey (Little Joey). 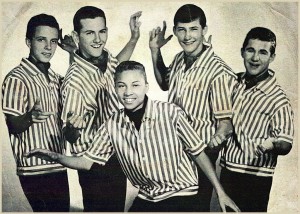 From Upper Darby, formed in 1960, first as The Montels and then The Elads with then Lead singer Jimmy Dilks. 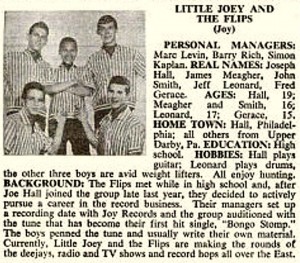