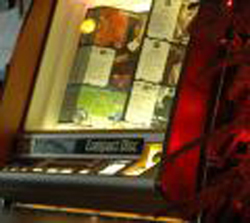 When I saw this article in today’s Times I was reminded how Lou Reed’s sullen 7-minute-plus version of “Heroin” on the Parrot Juke Box would sometimes set up this late-night tension between the abject patron who desperately needed to hear it and thus droped his quarter into the slot, and the bartender who, looking only to get through his shift, needs desperatly not to, and whose finger creeps ever nearer the reject button.
I wondered how “Berlin,” Lou Reed’s bleak, Brechtian song cycle from 1973,sometimes called the most depressing album ever made, and now being revived as a musical, would fare on the juke box.