In 1998, Wegman, sailing from South Africa to St. Barts on the final leg of his circumnavigation, joined by our good friend Scott Irwin, landed on the tiny volcanic island of St. Helena in the South Atlantic. More than two thousand miles from any other landfall, St. Helena is noted mainly as the spot where Napolean spent his final years in exile before his death in 1821. 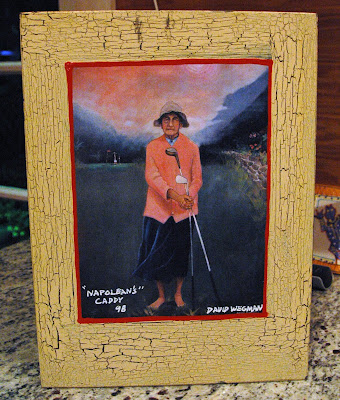 While touring the island, the pair stumbled on what is surely the most remote golf course on earth, a one-hole affair next to Napolean’s cottage. Desiring to play, they inquired after clubs and a caddy, upon which, Rosalie, with just two clubs and unshod, was promptly dispatched to assist them, we would guess, with their limited club selection and reading the solitary green. 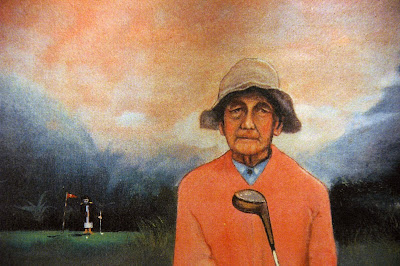 A closer look in the background of Wegman’s portrait of the 92 year-old Rosalie, reveals, holding the pin, none other that diminutive Bonaparte himself. 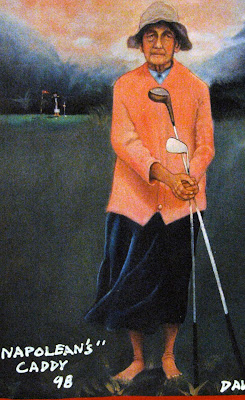