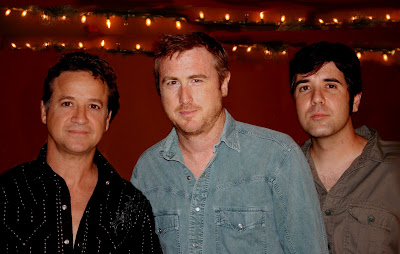 Great Southern Rock and Roll with a twist of the obscene!

The South’s most notorious band of country drunkster-punksters, the
legendary Dash
Rip Rock, are at it again, and no Florida road trip would be complete
without a stop at The Green Parrot Bar. These psycho-billy road
warriors will explode onto The Parrot stage on Friday and Saturday,
August 13th and 14th
wyth shows at 5:30 at 10 p.m.
and will
undoubtedly blow the lid completely off the joint once again. 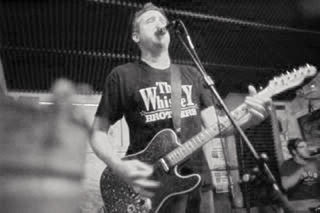 This George Jones on acid, Hank Williams on crack style has garnered
Dash Rip Rock fans around the country with a live show that is truly,
and perhaps thankfully, unequaled. The Parrot’s manager John Vagnoni
reminds Dash’s hard-core fans that there will be, “No naked drumming.”
For over twenty five years Dash Rip Rock has been spreading their
haywire roots-rock mayhem all over the planet. The band has been
called – punkabilly and “country punk”, but there’s just no
categorizing a trio that mixes sawdust with authentic renditions of
country standards and flat out hard-core barnburners in a live show
that defies all sane or sober description. Dash Rip Rock’s influences
range from the Ramones to Jerry Lee Lewis to George Jones.
Dash Rip Rock has no problem accepting their world’s greatest bar band
status, for the simple fact that they feel the absolute best setting
to hear a blazing rock and roll show is usually in some dilapidated
honky tonk or a besmudged college beer hall. After years of happily
toiling in the trenches, Dash seem ready to break out and raise the
roof. With their new album, “Country Girlfriend” and sheer desperate
perseverance, the Bad Boys of the Bayou
may finally be getting their due, and their due to put on one more
heck of at show at The Green Parrot Bar.
The Green Parrot is your Southernmost Center for Culture (and we’re
stretching the definition of culture with Dash Rip Rock) of every
kind, and is located at the corner of Whitehead and Southard Streets.
For additional information call The Green Parrot at 294-6133.