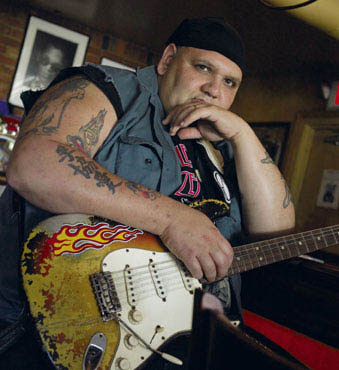 New York City singer/songwriter/axe-mangler Popa Chubby promises to have Green
Parrot patrons howling when he explodes onto
the stage for two riotous days Thursday and Friday, January 31st and February
1st with shows beginning at
10 P.M.,and for good measure tosses in a 5:30 P.M. “sound check” on Friday.
Popa Chubby’s music, forged in the toughness that is New York City,
takes blues to the cutting edge, where it high-fives its contemporary
cousins rock, rap, and hip hop.
With his razor sharp, biting guitar,
vocals from the gut, and top-notch skill as a songwriter, Popa Chubby
artfully combines the rootsiness of blues with the more modern urban
elements of today’s popular music.
Popa Chubby has singlehandedly spearheaded a New York City sub-genre
of blues.
The New York sound is as complex as the city itself, melding
a variety of street sounds from hip hop, punk, straight-up rock, R&B,
into an unadulterated blues format. “New York is a melting pot of
social and musical cultures, and New York City Blues is an amalgam of
all those styles,” explains Chubby.
The Green Parrot Bar, your Southernmost Center for Culture of All
Kinds at the corner of Whitehead and Southard Streets.
For additional information call The Green Parrot at 294-6133. 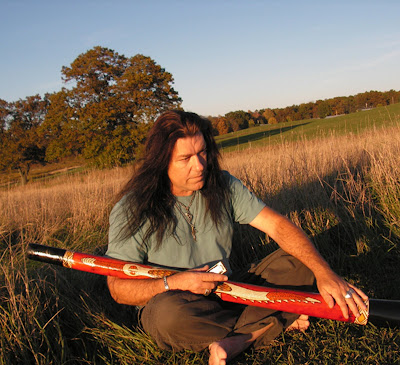 Innovative Australian singer/songwrtiter/harmonica virtuoso and
digeradoo performer Harper returns to the Green Parrot Bar on Saturday, February 2nd beginning at 10 PM including a special Saturday afternoon “soundcheck” at 5:30 P.M.
Harper is fast becoming one of Australia’s great musical exports.
Besides being the first non-American to sign with the prestigious
independent Blind Pig blues label he has created quite a buzz
throughout the USA. During his tenth and most recent tour his energy
packed, power driven stage performances made him a favorite in such
major festivals as The Rochester International Blues Festival, the
Milwaukee Summerfest and The Telluride Blues and Brews Festival. Super
group Journey caught one of Harper’s shows and were so blown away that
they invited him to play with them on their next tour.

Recently in his homeland, Harper was awarded the Male Vocalist of the
Year Award as well as the Song of the Year Award for “I Swear I’m
Innocent” at the Australian Blues Awards. Described as a cross between
John Popper and Dave Matthews, Harper’s inique combination of the blues
harp and the digeradoo has created a truly Australian slant on the
roots music genre.
Green Parrot Bar, Your Southernmost Center for Blues of All Kinds, is located at the
corner of Southard & Whitehead streets. For additional information
call 294-6133. 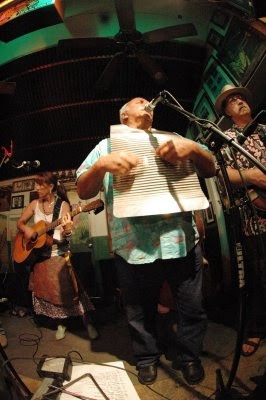 Be on hand and bring your dancing shoes when The Parrot puts on a
good ‘ol Cajun “fais do do”, or “dance party” on Tuesday, February
5th, beginning at 6 PM.
Featured performers are Magnolia Cajun Band,
a seven piece traditional cajun dance band whose music has been
thrilling Cajun music enthusiasts from Nova Scotia to Louisiana for
almost sixteen years.
Learning their music form Louisiana’s finest, Magnolia Cajun Band has
earned a solid reputation at home and well-deserved recognition in the
Cajun heartland. Their dance lessons and music have helped build a
strong sense of community at festivals and fais-do-dos all over
Northeast. Their monthly Saturday night dance has been New England’s
hottest ticket for more than fifteen years!
Playing high energy two steps and sultry waltzes, the band’s twin
fiddles, accordion, guitar,bass and of course, rich vocals keep the
audience on its feet long into the night.
Dirty Linen magazine has said of Magnolia: “In true Louisiana
tradition, they simply create a party wherever they go, for more than
a decade, this Yankee band has earned a reputation in the norhteastern
states as a spirted, get-on-your-feet-inducing troupe, performing an
authentic Cajun repertoire… their music is dance-enticing, anytime,
anyplace…”
The Green Parrot Bar, on the corner of Whitehead &
Southard Streets, is your Southernmost Center for Cajun Culture. For more
information call 294-6133.