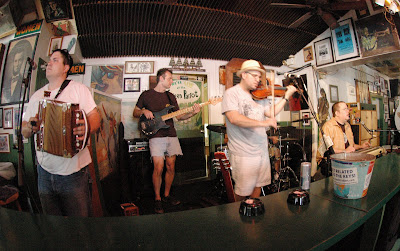 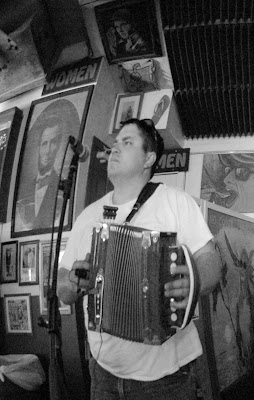 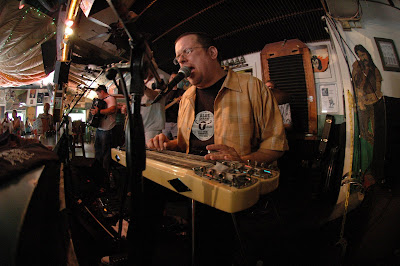 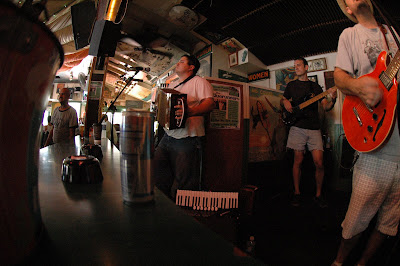 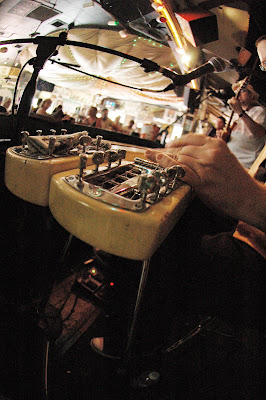 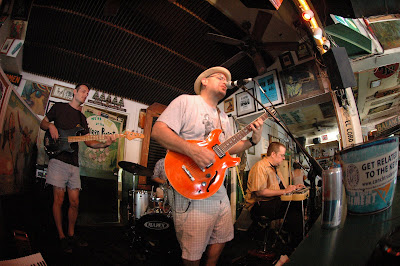 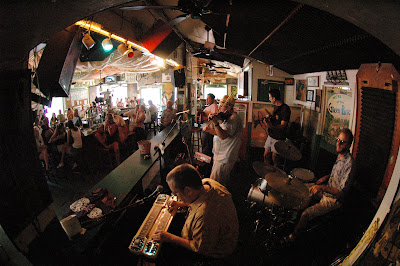 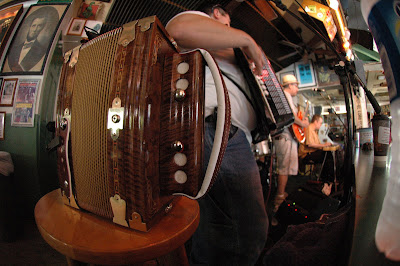 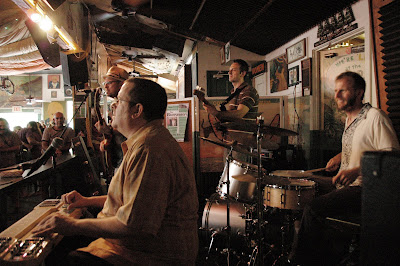 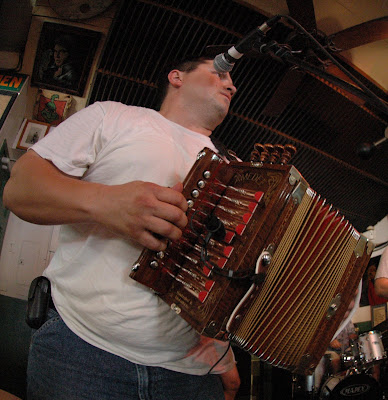 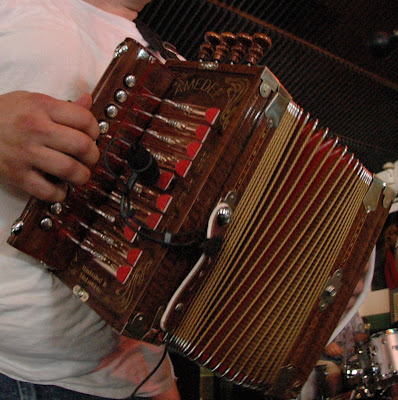 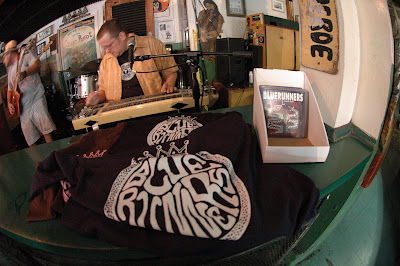 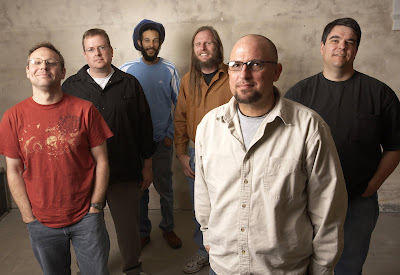 A Lafayette, Louisianna favorite since their late 1980s inception,
The Bluerunners made their Green Parrot debut Friday and Saturday, May
18th and 19th, beginning at 10 PM, with 5:30 PM “soundchecks” on both
Friday and Saturday.
For 20 years, the Bluerunners have intermingled the fully amped
guitars of modern roots rock with the fiddles and accordions of
traditional Cajun music, building a loyal following where Cajun meets
Creole.
Those unfamiliar with the legendary sound of Zydeco music will be
introduced to the Bluerunners’ seemingly effortless melding of
frenetic accordion accompanied by a near-lethal dose of slide guitar
mastery.
In describing The Bluerunners, Nick Pittman of The New Orleans
Times-Picayune said, “The Bluerunners have always excelled onstage,
revving up an electric fusion of Cajun music and roots rock like a
Lafayette-based Replacements……Chenier zydeco on a hell-bent
tear…. They must be heard to be believed. Their
sometimes-set-opener transition of Nonc Tete Dure to Grand Chenier is
a hair-raising, suspense-building tune that breaks into fiery Cajun
stomper…Possessing an incredible knack for synthesis, gritty, dirty
blues and swampy accordion and rubboard mix to create sweaty dance
numbers best experienced live. pairing earthy Americana blues and the
spirit of a Clifton Chenier roadhouse gig.”
The Green Parrot Bar is your Southermost Center for Culture of All Kinds at
the corner of Southard and Whitehead Streets. For more information
call The Green Parrot at 294-6133