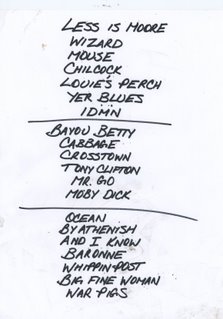 This would be the set list from Bonerama’s second night at the Parrrot, salvaged from the stage the next morning, which, by the way, looked not unlike the floor of a movie theatre. 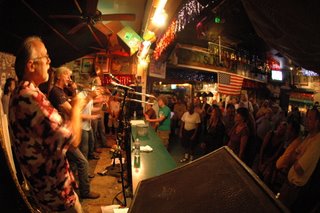 “Less is More”, penned by New Orleans drummer Stanton Moore of Galactic, covered on one of Bonerama’s albums with Russell Batitste, Jr. on drums last night last night losing absolutely nothing in translation when interpreted by Bonerama drummer Eric Bolivar. 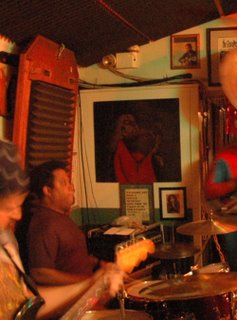 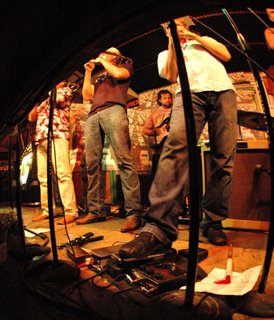 “War Pigs” they began the night with Black Sabbath and they end with it.