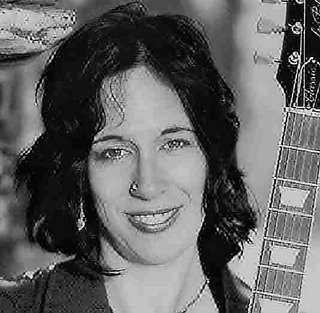 Top-notch Chicago Blues artist and Green Parrot favorite Joanna Connor returns for three big shows this Friday, Saturday and Sunday nights January 13 th 14th and 15th beginning at 10 PM and including a special matinee Saturday, January 14th at 5 pm.
Upon her arrival in Chicago, it took Joanna but a few months to take the city’s highly competitive blues circuit by storm. Chicago magazine hailed her as “the most exciting new talent on the blues scene. “The Chicago Sun Times called her a “powerhouse guitarist with a sense of rock dynamics-her playing has a fire that is free of self-indulgence.”
Connor simply kicks ass, ripping off a variety of scorching solos. She certainly took the savvy Green Parrot culture-lovers by storm, too.
Joanna Connor and her searing slide guitar work have been raising eyebrows of blues
afficionados and critics everywhere. Billboard said, “Connor boasts a strong voice and is a truly
dazzling guitarist, with a flaming slide attack.” Playboy said, “The obvious comparison is Bonnie
Raitt, since she’s female and plays blues guitar. I say Connor’s a soprano Johnny Winter.
Most
blues records miss the passion that made the original stuff compelling. This one reclaims it all.”
The Green Parrot Bar, on the corner of Whtehead & Southard Streets, is the Southernmost Center for Culture. For more information call 294-6133.