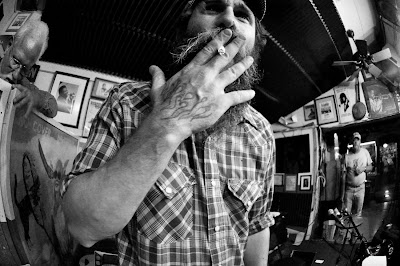 Hailed by some as “the future of Southern music”, Ben Prestage
performs  true American roots music and down-home Southern Country
Blues on slide guitar and diddley-bow. 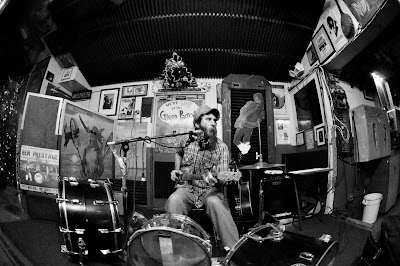 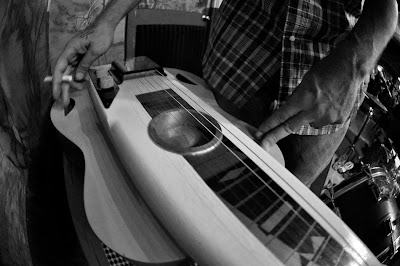 To the unique sound of
Ben’s homemade diddley-bow (made by a friend, John Lowe of Memphis,
TN) he adds another homemade instrument, the
lap-steel-guitar (made by his father Kenneth Prestage.) The
combination of these two instruments creates a fresh, new sound that
is the perfect canvas for Prestage’s wordsmithing. 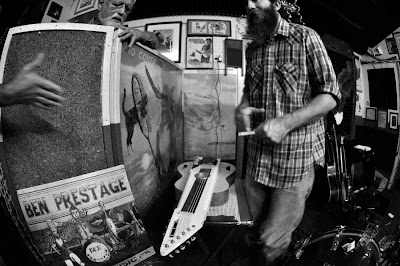 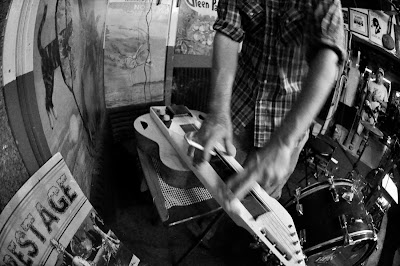 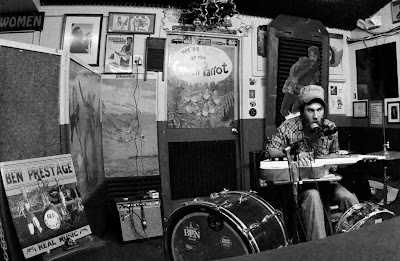 To his show, he added a cigarbox
guitar (made by Memphian an one-man-band John Lowe) which has stereo
guitar and bass strings that can be played independently, at the same
time. Then Ben added a series of four foot pedals that can be
manipulated by the heels and toes of both feet to play a drumkit. The
final result is Ben playing guitar, bass, and drums while singing his
own brand of Blues which leaves bottles empty and dance floors full
wherever his music takes him. 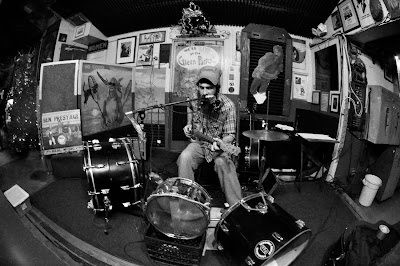