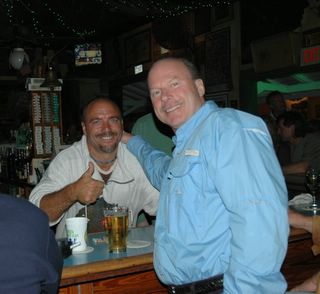 Beaver with his pal Mike Keenan, National Hockey League legend and former Blackhawks, Flyers and Rangers coach. Beav’s got his Blackhawks jersey on and no one but Beaver knew it at the time but he was working that night with a dislocated shoulder sustained in a hockey game. Man, would Mike have dug on that. Actually, better go easy on the shoulder there Mike.