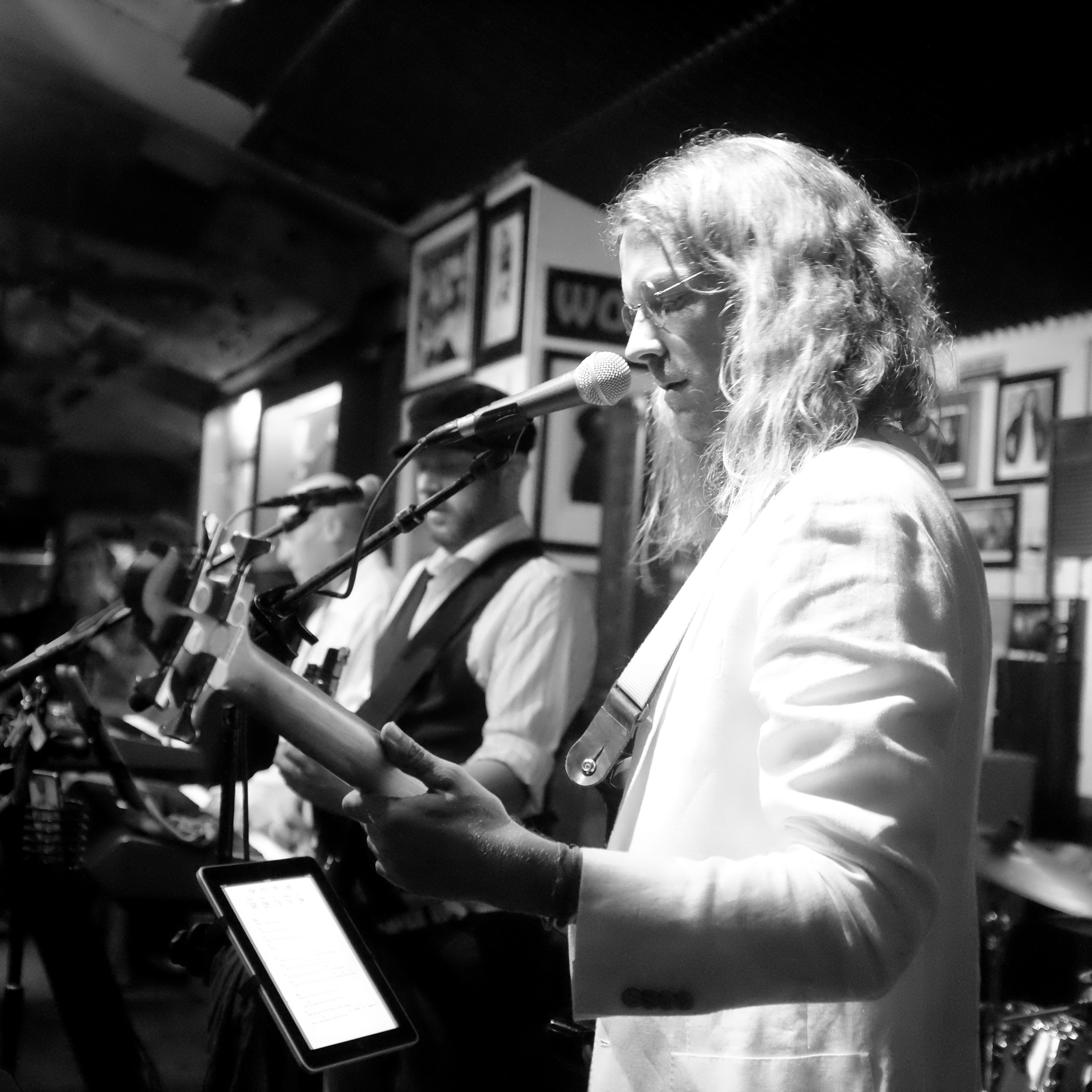 Touching briefly on sartorial notes before musical ones, pictured here at the Beatles Tribute today at The Green Parrot we have Jeff Clark with an homage to John Lennon’s white Abbey Road suit and Tony Baltimore opting for an earlier look typified by the Greek Fisherman’s Cap Lennon wore on the Beatles’ original American tour in 1964.
With a set list that pulled from decades of Lennon-McCartney hits, high notes from the British Invasion era were Hard Days Night, All My Loving, Can’t Buy Me Love, then moving through Revolver/Rubber Soul territory with Taxman, In My Life, then Hey Bulldog from The Yellow Submarine soundtrack, White album chestnuts like Happiness is a Warm Gun and singles like Get Back and The Ballad of John and Yoko. The room was packed, as was the sidewalk outside so it was not a stretch to get the audience involved with Here Comes The Sun, Sgt. Pepper/A Day in The Life, and a thundering group-sing with the aptly-named A Little Help from My Friends that morphed into a full love-in with their encore rendition of Hey Jude.
It was 90 minutes of pure Beatles and it all happens again tonight at 9. Not to be missed! 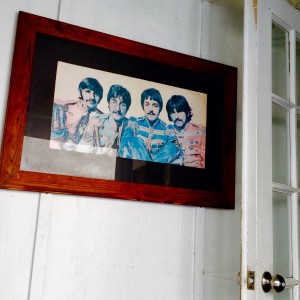 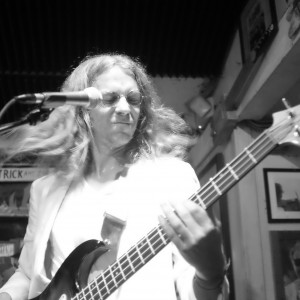 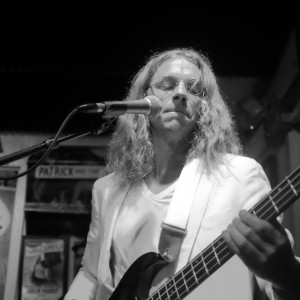 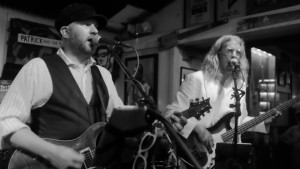 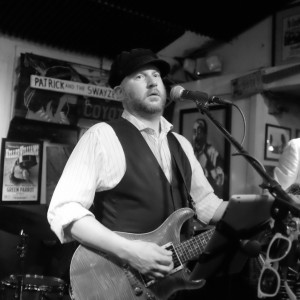 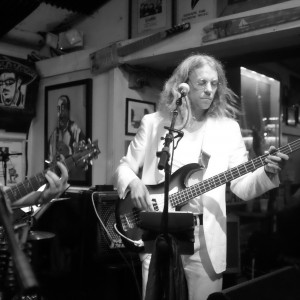