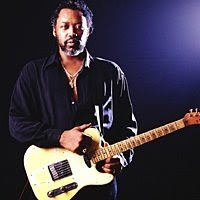 Chicago blues-rocker Pistol Pete returns to Tthe Green Parrot with
shows at 5:30 and 10 PM on Friday, November 14th, 10 P.M. Saturday,
November 15th and a 5:30 to 8:30 P.M. “supersoundcheck” on
Sunday,November 16th.
Besting thousands of other ax-manglers, Pete was the winner of the Jimi
Hendrix Electric Guitar Competition Midwestern Division and runner-up
in Seattle for the finals.
Pete is a long-time player in the Chicago music scene, with regular
gigs at The House of Blues, B.L.U.E.S, and Buddy Guy’s Legends where
he was recently featured at Jimi Hendrix 51st Anniversary Birthday
Party and Band of Gypsys reunion.
Flown down specifically for fellow-Chicogoans
Dick and Robin to celebrate their anniversary Pete promises to blow
the roof off the joint with his take-no-prisoners approach to Chicago
blues,classic rock ‘n roll, and the canon of Jimi Hendrix.

.
The Green Parrot Bar is your Southernmost Center for Culture at the
corner of Whitehead and Southard Streets.
For additional information call The Green Parrot at 294-6133.