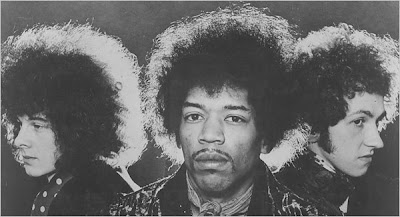 Mitch Mitchell, the jazzy and versatile British drummer in the Jimi Hendrix Experience, died on Wednesday in a hotel in Portland, Ore. He was 62 and had recently finished a national tribute tour, Experience Hendrix.

The cause was unknown, said Bob Merlis, publicist for the tour.

Mr. Mitchell was one of two Englishmen in the Experience, the group that catapulted Hendrix to fame in the late 1960s. Along with the bassist Noel Redding, who died in 2003, Mr. Mitchell was recruited in a rush in the fall of 1966, after the journeyman Hendrix had been discovered in a New York club and whisked to London by Chas Chandler of the Animals.Hendrix’s guitar pyrotechnics caused an immediate sensation among the British rock elite — the audience at one early gig included John Lennon, Eric Clapton, Pete Townshend, Jimmy Page, Jeff Beck and Brian Jones — and a backup band was needed for a last-minute French tour. Mr. Redding was hired first, followed a few days later by Mr. Mitchell, who was barely out of his teens but already an established session player with the Pretty Things and Georgie Fame.

Mr. Mitchell did not expect much from the job. “I’ll give it a crack,” he later remembered telling Mr. Chandler, who became one of Hendrix’s managers. “I’ll have a go for two weeks.”

But led by Hendrix’s explosive and rhapsodic style, the group revolutionized rock music and became an archetypal power trio. Its style was built around Hendrix’s improvisations, with Mr. Redding’s steady bass lines acting as an anchor and Mr. Mitchell — who was influenced by jazz players like Elvin Jones — playing a lighter, looser counterpoint to the guitar.

The group also developed a signature look that embodied the dandyish flamboyance of the British psychedelic era. The members sought out bell-bottoms and vintage clothes in British shops and teased out their hair. “For Noel, the curly Afro came naturally,” wrote Charles R. Cross in his 2005 Hendrix biography, “Room Full of Mirrors.” “Mitch had to get a permanent to achieve the same result.”
Read the rest of Ben Sisario’s New York Times obituary here