“Can you dig it Brother?” 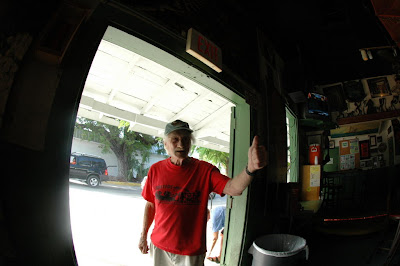 Burner gives us the high sign!
Just got this email update for our dear friend, long-time patron and elder statesman, Willy the Burner.
Sounds like he’s keeping his chin up and his powder dry.
When the expense of island living and lack of proper elder care facilities made his move to Homestead neccesary we were all heartbroken. But it seems every time we see him, or hear from him, he is the same old Burner: Expansive, grateful, humble and of course as Linda notes, always amazed and in wonder that despite all his road-tested miles, he is doing as well as he is. 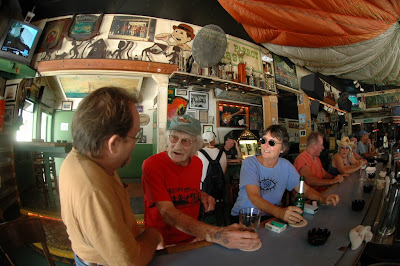 Burner with Tommy Owens and Linda Cotten
“I didn’t come here to make a Novena”
Here’ Linda’s email
Subject: Burner
Just to let you know about an old “tradesman” still alive and kicking – Burner (aka Bill Engh, Willie the Burner) celebrated his 84th Birthday Aug 10 and is still living in wonderment at the Palace Gardens in Homestead. He is amazed that he is doing as well as he is (could it be the lack of all of that “outside stimulus” that he loved so well?) and grateful to be there. If you’re ever passing through Homestead, give him a visit – he’s still got it going on!

Love to all at the Green Parrot!,
Linda Cotton Burner and Helene
Though we would not call his life a fairy tale, it did sometimes seems like it was enchanted.
Start with him doing tours toward the end of WW II in these three branches: The Army,The Navy, and the Merchant Marine. Then there’s his three marriages, all to women named Jane. Aptly refered to by Burner as Jane 1, Jane 2, and Jane 3.
How about him working on the construction of the Verazzano Narrows bridge, falling off into the water, and being the only worker known to survive such a fall, documented in the next day’s New York tabloids (“Worker Fall from Bridge, Survives”) with a photo of the bridge, a dotted line showing his downward route, with an X marking his point of impact. 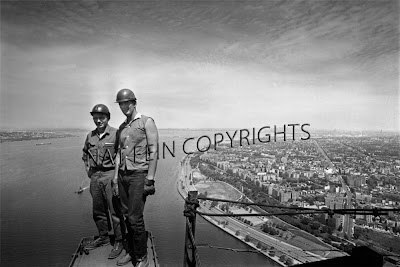 Two construction workers (not Burner) on of the bridge in 1964-1972
All this, and God only knows what else, happened even before he pointed his 1969 Plymouth Satellite station wagon, (identical to the one in the Brady Bunch), in the direction of Key West in the late ’70’s and then in no particular order, but in rapid succession Burner:
earned his own stool at The Green Parrot,
developed a tight circle of eclectic, close friends,
and, finally to ease him into a glide path to his golden years, discovered psychedelics.
His new friends came from every social strata and occupation in Key West, perhaps a function of his affinity for the Parrot. They included cab drivers, bartenders,smugglers, strippers, and also the well-heeled, restauranteurs, bar-owners, writers and real estate types who, some newly-arrived and newly-invested in Key West placed his skills as a master carpenter in great demand during the day and then,as they recognized his openness, wit and natural charisma, whether it was over a drink or a mirror, just plain wanted to be around him, as we all did.
This pretty much brings us to his arrival in Key West and does not even touch on the thirty-plus years he spent here. Those stories are more made for a book instead of a blog.
For example, here’s the punch line to one story: He’s the only guy, to my knowledge. to ever discharge a firearm in the bar. 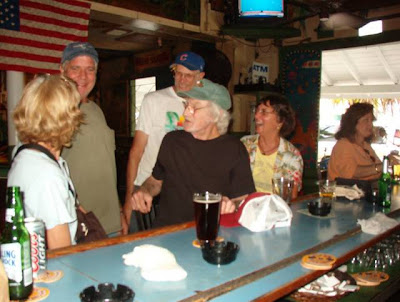 Burner on a recent visit